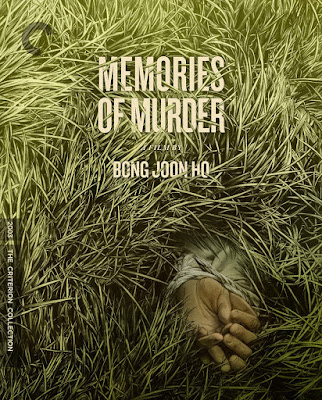 Let’s consider the title Memories of Murder for a second. Though there is a coda set in 2003 that shows one of the detectives from the main story thinking about the nine unsolved homicides nearly two decades later, writer/director Bong Joon Ho does not frame his serial killer story as a reminiscence. So why call it that? It could just be the fact that Memories of Murder is a film based on true events, and the victims should not be forgotten. It could also be self-reflexive: if this movie is effective, it will have left an impression on an audience that may have otherwise never heard of these killings, and thus they are made to remember the tragedy.
Not that Memories of Murder is a straight docudrama. Its closest analogue might be David Fincher’s Zodiac in how it transforms history into living cinema. The central case of the drama involves a series of murders in a rural South Korean town, a place that is ill-prepared for the level of violence and sadism they are to be subjected to. Over a short amount of time, multiple women are found dead, having been bound and assaulted. There are few suspects in the area, and they are drilled hard by Inspector Park (Song Kang Ho, Parasite) and Inspector Jo (Kim Roe Ha, Barking Dogs Never Bite). They are quick to judgment and once they have made up their minds about who, they’ll beat them into a confession. 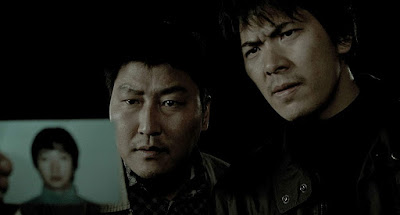 When their cruelty is exposed, a more experienced detective, Inspector Seo (Kim Sang Kyung) is sent in from Seoul to assist. He quickly takes point, preferring methods to madness. Yet, as the case drags on, it only presents more dead ends even as patterns of behavior emerge, and Seo gets more frustrated and more emotionally involved. Soon, the dynamic begins to shift. He becomes more reckless and violent while Park becomes more considered. The common goal remains, but how they pursue the mission diverges.
It’s a pretty crafty move on Bong’s part. Genre convention is that these men will find some middle ground in pursuit of their quarry, but to so thoroughly upend their motivations adds a tantalizing element to Memories of Murder, particularly since both Song and Kim are such gifted actors, we can believe both halves of their personality as being equally viable. No man is one thing in Memories of Murder. Not even the killer. He may be unique in his predilections but in everything else, we are led to believe, he is simply ordinary.
Thus, Bong shows us the effects of violence in the long-term. It can be sobering and life-altering, or it can be destructive, removing one’s sense of purpose as it dismantles one’s faith in the social contract. Just who could be capable of such horrific killings? Unlike your more common serial killer movie, Memories of Murder never really attempts to answer that question. There is a brief reference to the FBI having profilers who work out such details—and the FBI is ultimately turned to for DNA assistance—but there is also an intriguing line drawn between the two countries. America is so big, it needs a whole organization to keep track of all the bad being done; in South Korea, there is a sense that everyone knows everyone else. To accept a rationale for committing serial murder is to accept that maybe you don’t know your neighbor as well as you think you do. 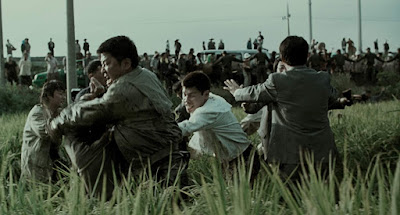 It’s a lot to think about, and yet Memories of Murder never feels as heavy as its subject. This is down to the characters. In particular, the two local cops are such quirky individuals, they transcend type. Inspector Park, for instance, is a blowhard who claims he can tell a crook just by locking eyes with him. This is, of course, ludicrous, and he never actually proves it, but it also speaks to a certain self-belief, a bravado that allows him to do his job even when duty weighs heavy. Perhaps it’s this that allows Park to let go while Seo digs in harder.
There’s a humanity to them both, and to their plight, that allows the lack of resolution to be satisfying. Like the officers, we form our own opinions—this has to be the guy!—and wrestle with the contradictions. Instead of understanding the killer, we understand his pursuers. Theirs is the behavior Bong is slyly profiling, letting us into their way of thinking. 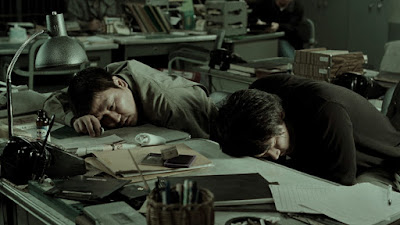 Of course, famously, the real killer continued to elude police and was only discovered in 2019 due to new DNA breakthroughs. I say famously because this happened at the height of a newfound fame for Bong Joon Ho. The arrest corresponded with the international explosion that was Parasite. Suddenly, a movie many of us loved for sixteen years, but one that most of our friends had never heard of much less seen, was now a central focus. And joy, the Criterion Collection was going to release it in the U.S.! It’s a really keen edition, too, with a detailed film transfer that maintains the muted greens and heavy grays of the original presentation.
And included on the extensive bonus disc to Memories of Murder is a short program where the director discusses the implications of the arrest on how the movie is viewed now, as well as expressing his own conclusions from during filming. Interesting to note that despite what I said above, he very much wanted to profile and understand the killer in order to understand his story. 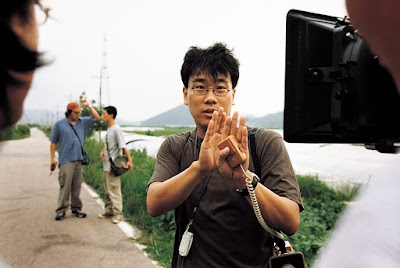 Also featured on disc two is Bong Joon Ho’s 1994 student film Incoherence. This is very much a formative effort, presenting three comic vignettes about middle-aged men of a certain repute behaving in prurient behavior. The middle bit is the only one that is genuinely funny, though I am both amazed that small cartons of milk were being delivered to people’s doorsteps and that anyone would choose that for refreshment whilst jogging. The punchline here is easy to predict: these men are all hypocrites who hide behind an intellectual form of morality, but even at its 30-minute running time, everything in Incoherence is too long—especially when it finally delivers on its point in the epilogue. 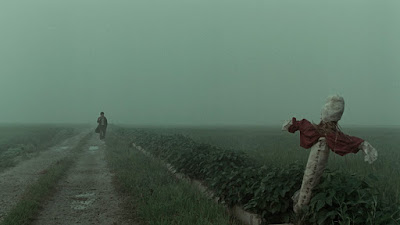 Note: This disc provided by the Criterion Collection for purposes of review.
Posted by Jamie S. Rich at 12:33 PM