THE LAST HOUSE ON THE LEFT - CRITERION CHANNEL 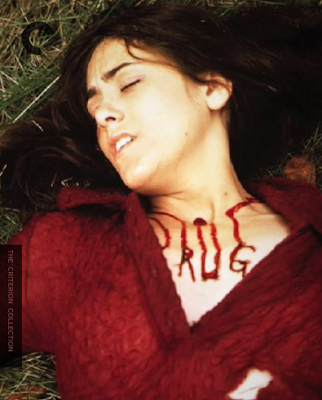 I’ll admit, until the Criterion Channel paired Wes Craven’s 1972 debut The Last House on the Left with Ingmar Bergman masterpiece The Virgin Spring, I had no idea it was a remake of the Swedish original. Upon learning this, the fact that one of the more influential touchstones in modern horror had been inspired by an allegorical art-house flick suitably intrigued, and I had to give it a try.

The Last House on the Left firmly positions itself between the radical culture of the 1960s and the more straight-laced older generation that would have never allowed such a film to be made and likely still railed against it once it was. Craven at once indicts and satirizes both sides of the divide, while maybe tipping his hand toward the establishment just a teensy bit. He may not approve of all the old folks’ choices, but they at least still had a moral center and can get shit done.

Mari (Sandra Cassell) is the young daughter of an upper middle-class couple. When she and her friend Phyllis (Lucy Grantham) want to go see a rock concert, the parental units aren’t exactly for it, but given that it’s Mari’s birthday, they decide to extend her the trust and let her go out on her own. 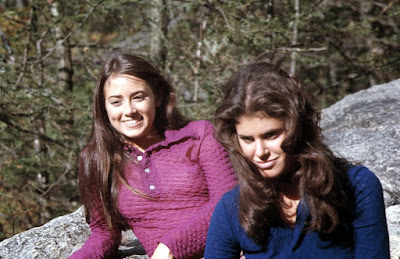 Big mistake. On the way, the girls stop to buy some marijuana from the wrong dude. Junior (Marc Sheffler) is really procuring the girls for a trio of fugitives looking to get their murderous jollies. They kidnap the girls and eventually take them to the woods, where they intend to rape and kill them. Ironically, they do so just down the hill from where Mari lives, and where her parents wait with a birthday cake for a party she will never attend. So close, and yet...not.

Craven’s production is a ragged affair, shot on a shoestring and featuring mostly untrained actors. This lends The Last House on the Left a griminess that helps the horror by offsetting some of the writer/director’s more indulgent elements. Namely, the ineffective police officers who serve as comic relief in a movie that maybe shouldn’t be going for laughs. Especially since their presence in the story never really pays off.

Far better are the characters the writer/director takes seriously. He has three main bad guys--David Hess, Fred Lincoln, and Jeramie Rain--all of whom manage a distinct menace, each different from the rest, but all serving their purpose. They very nearly step over the line into broad caricature, but Craven grounds his actors in their particular kinks--Hess’ Krug is a brute, Lincoln’s Weasel is a knife-wielding sadist, and Rain’s Sadie is just plain crazy. The true MVP of The Last House on the Left, however, is Grantham, who as the more worldly best friend tries to steer the violence away from her innocent pal. It’s a smart, tough performance, and one that rings true. 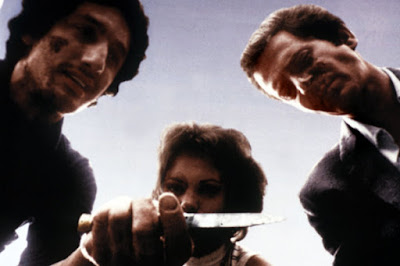 Craven himself tiptoes up to the edge of exploitation in this picture, catering to the grindhouse and drive-in crowds while still trying to adhere to something more substantial. He doesn’t play the assaults as sexy, nor does he linger on the victims’ naked bodies. In a way, his use of the setting--particularly the lake where both girls meet their fate--and contemporary music that celebrates the outlaws reminds me of Sam Peckinpah, specifically Pat Garrett & Billy the Kid. One could even compare the loaded gender politics that often make Peckinpah a bit harder to grapple with.

That all said, The Last House on the Left hasn’t really aged that well. Its queasy shocks don’t quite shock anymore, and Craven never captures the gravitas of his source. The last act turn where the parents have their revenge heats up the proceedings by a couple of degrees, but that’s actually because Craven unleashes a bit more of his gonzo instincts. The talent and the vision is there, it’s just going to require a little more experience and even a little more budget to fully mature. 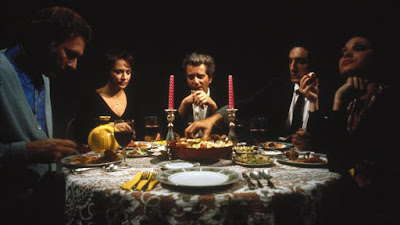