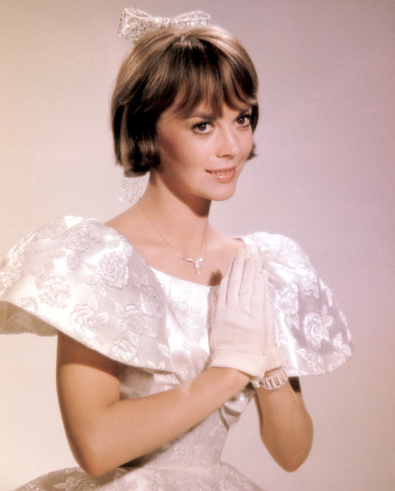 Trading heavily on Natalie Wood's screen persona, the self-reflexive, strange, and oft-times surreal Inside Daisy Clover, is a fictional tale about a child star in the 1930s. Wood plays Daisy, a 15-year-old tomboy who lives with her senile old mother (Ruth Gordon) on the beach, selling forged autographed pictures of movie stars to passersby. Daisy is an angry, expressive young lass, prone to cigarettes, graffiti, shouts instead of whispers, and reacting to situations with her fists. She also dreams of being a singer, and she cuts a record at a fairground booth and sends it in to Swan Studios for their talent contest, thus changing her life.

Daisy is shuttled off to the movie lot in a limousine. Her mother believes it to be a hearse and warns her of accepting rides from strangers, but Daisy does not listen. She is looked over by studio head Raymond Swan (Christopher Plummer) and his wife (Katharine Bard) and given a screen test, a musical number about stardom and ambition (and the one time in the movie that Natalie Wood sings herself). Its lyrics foreshadow Daisy's oncoming success; in fact, both of the musical numbers in the movie, "You're Gonna Hear From Me" and "Circus is a Whacky World," both written by Andre and Dory Previn, work as funhouse mirrors, meta devices that break down the movie. By the time Daisy sings "Circus," she is a disillusioned star, the magic of Hollywood having been exposed to be as fraudulent as the forged photos she used to sell. Separated from her mother, married to a philandering leading man (Robert Redford) with a dirty secret, and generally turned into a cog in the machine, Daisy has been hoodwinked. 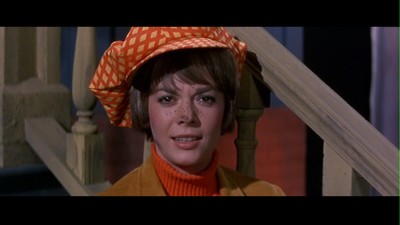 Inside Daisy Clover was made by the director/producer team of Robert Mulligan and Alan J. Pakula, who also made To Kill a Mockingbird and another Natalie Wood vehicle, Love with the Proper Stranger. As inside-Hollywood movies go, it's as savage as one might expect, the entertainment business loves to hoist itself on its own petard. In some ways, the mysterious tone of much of the back-lot action reminds me of F. Scott Fitzgerald's novel The Last Tycoon, though unlike that book or the Elia Kazan adaptation from the 1970s, or really any of the more famous moviemaking movies, Inside Daisy Clover lacks any sense of awe or wonderment in regards to how films are put together. Normally, the on-set re-creations are given a tantalizing surreality, life reimagined as giant spectacle. In this movie, Swan Studios--which is actually the Warners lot--is a dark and empty place. There are no huge crowds, and the few stage pieces we see are lonely and almost appear to be on their way to the junk heap, like the bizarre totem we see on a crane when Daisy first arrives. In this portrait of Hollywood, put together by writer Gavin Lambert (adapting his own novel), the heavy fugue of moviemaking is in inverse proportion to the joy the movies bring the world.

Wood spends as much time with reactions as she does action in this movie, if not more. As the center of attention, she sometimes draws more by standing back and observing. She's very good at it, her doe-eyes soaking up what everyone else is doing. They are relying on her even as they demand that she rely on them. It's an important distinction, as well, because as soon as Daisy is accepted by Swan, she stops acting on her own and starts doing what she is told--even Redford's character orders her around. In the final moments, Daisy is taking back her action. She's through taking orders.

Despite the promise and the larger issues at work here, Inside Daisy Clover doesn't entirely gel. Pakula and Mulligan are maybe trying a little too hard to be anti-everything, to be too unconventional, and the forced oddness creates a gulf between the film and its audience that is never fully traversed. Even so, it is a singular enough effort to warrant a look.