The below reviews were originally written for the Jean Renoir's Collector's Edition released in 2007. Read the full review of that collection here.

This overwrought melodrama is Renoir's second film, and his first as a solo director. Working from a script by Pierre Lestringuez, a frequent collaborator in this silent period, Renoir tells the story of Virginia (Catherine Hessling, Renoir's wife from 1920 to 1930), a hard-luck case who can't catch a break. First her father dies and her uncle (Lestringuez) tries to rape her, then she hooks up with poachers and gypsies, only to be persecuted by the local bully and driven mad in the woods. Through it all, the local rich boy (Harold Levingston) keeps his eye on Virginia, and it's quite clear to Renoir's camera that he is developing a thing for the urchin. Naturally, he waits in the wings to pull her out of the whirlpool that threatens to drag her down.

There are far more complex plots than this one. In some ways, The Whirlpool of Fate comes off as if it were written for a cliffhanger serial. Every couple of scenes, Virginia's life takes another turn, and her very existence is put in peril over and over. As a mild diversion, there is a kind of goofy charm to the movie, but it shows the great director only taking tentative steps into the cinematic arena. He doesn't yet know how to draw great performances out of his actors, and pacing is a definite issue for the young filmmaker. There are several scenes that go on too long, which we particularly notice when we see it takes an inordinate amount of time for people just out of frame to react. Even so, early hints of what was to come are here. Renoir's often slapstick sense of humor pops up from time to time, and he's already showing a flair for it. There are also some fairly ambitious dream sequences that prefigure the surrealist movement's experiments in cinema years later (including some sideways imagery that reminded me of Cocteau's Blood of a Poet), as well as an incredibly ambitious use of quick cutting in the scene where Virginia is attacked by her uncle. Jumping swiftly from the brutal fight to a barking dog and then to a ringing alarm clock not only amps up the frenzied feeling, but it even evokes sense memories of sound. 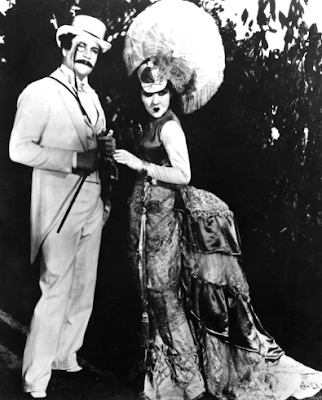 Once again working with Lestringuez, Renoir adapts the Emile Zola novel, casting his Whirlpool starlet, Catherine Hessling, in the title role--and oh, what a difference a year makes! Renoir took to this grand costume epic much easier than he did any of the pre-sound shorts in this collection. Nana is a terrible stage actress whose sexual allure draws in several society men. Wrapping them around her finger, she convinces one to bribe her into a starring role in the theatre and another to ruin his good name betting against his own racehorse in favor of one named after the starlet. Eventually, though, the acting thing is going to meet its inevitable doom, and Nana ends up becoming a courtesan, seeing gentlemen callers in her opulent mansion. With so many men obsessed with her and competing for her affections, it's only going to lead to trouble, and eventually, Nana's wicked ways catch up with her.

Hessling is way over the top in her performance, even by silent-era standards. Yet, there is such a consistency to her demonstrative acting that she actually pulls it off. Nana is a larger-than-life character, and so Hessling's exaggerated gestures and wide-eyed expressions seem like the right notes to hit (even if Hessling is ironically being a bad actress in her portrayal of a bad actress). In comparison to the overly staid performances from the actors filling the roles of the upper classes, these choices make sense. Nana's sexual appeal is her wildness. It's what makes her different than the uptight bourgeoisie.

For Renoir's part, the future director of The Rules of the Game is already interested in the hypocrisy and hidden secrets of the rich. He uses massive set pieces to show the ridiculous opulence enjoyed by the well-to-do in French society. They have more space than they can ever possibly fill, and their tiny lives look even smaller within it. He also takes a certain impish glee in exposing their bedroom activities, paying particular attention to a Count (Werner Kraus) who goes in for a little domination. Decked out in his full military regalia, he gets down on all fours and barks like a dog, all for Nana's pleasure. For all the public shame these characters will experience in the final act, it compares little to their private shame. 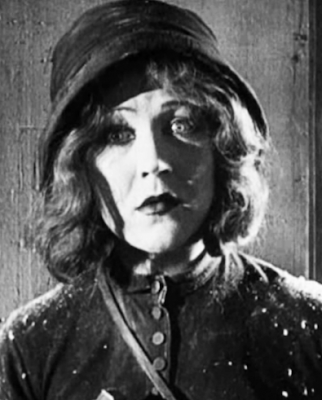 This slight adaptation of the Hans Christian Andersen story stars Hessling as the titular heroine and is really only interesting for the early special effects efforts. Renoir uses models, rear projection, double-exposure, and fake backdrops to portray the fantasy journey of the Little Match Girl during her night out in the cold. Though some of the effects may look quaint to our modern eye, it's still impressive when you put it in its historical context and has a cool, expressionistic quality. The movie overall is a bit of a snooze, however, with the performances and the editing being a bit too laconic. 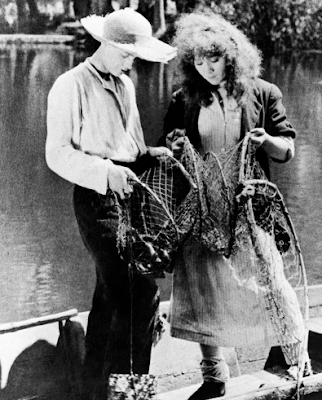