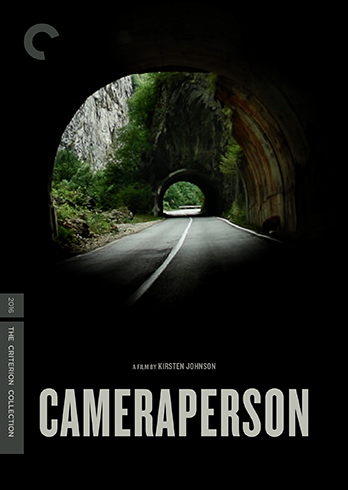 After 25 years of filming other people’s lives--and other people’s films--documentary cinematographer Kirsten Johnson tackles the subject of herself. But not in a conventional mode. Cameraperson does not flip the lens around and capture the filmmaker out on her day-to-day. Instead, Johnson has assembled raw footage from various movies she’s shot, ranging from America-centric political tales like Citzenfour [review] and Fahrenheit 9/11 to studies of strife in foreign lands like Pray the Devil Back to Hell. Mixed in are the occasional home movies: scenes of her twin children, her mother when she was suffering from Alzheimer’s, and her father soldiering on. The result is something akin to a selection of The Qatsi Trilogy, but on a more human scale and driven by one point of view. 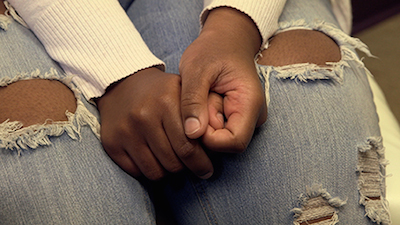 In the first six minutes, Cameraperson sets up its scope. We move from a shepherd driving his sheep in Bosnia to a lightning storm halfway across the world; backstage at a boxing match in Brooklyn to a medical clinic in Nigeria. While seemingly unrelated, as Johnson assembles her collage, parallels and patterns emerge. Since a lot of the material is fairly heavy--some of the source films are about ethnic cleansing and rape--much of what comes together ends up being about human mortality and death, but bubbling just underneath is also a celebration of life. Even as she has to let her mother go, Johnson keeps returning to Nigeria, watching a dedicated midwife help a late-born twin take his first breaths. As a mother of twins herself, I am sure the emotional weight is not lost on Johnson. What is this balance between two lives, where one sibling comes first and the other must struggle to emerge? Duality plays a strong role throughout: the boy with one good eye and one bad eye explaining his injury is particularly effective in conveying Johnson’s message. The seen and the unseen, the two sides of the camera. 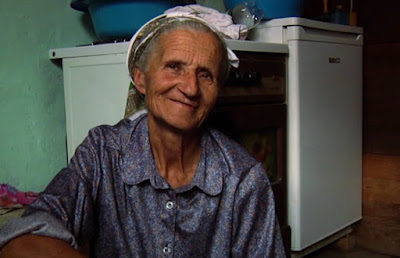 It’s not just the narratives that start to come into view, however, but the titular cameraperson, as well. Since these are unedited takes, we witness Johnson setting up her shots, and also her blowing them. We hear her planning her next move, asking for clarification, or simply letting her guard down to talk to a boxing coach or ask a soldier for some watermelon. Perhaps the most endearing detail is in the credits sequence, when she sneezes while watching the storm roll in, and her sneezing shakes the camera. There is much here to dissect about the act of cinematic observation, and the right to observe. French philosopher Jacques Derrida, in an outtake from the 2002 Kirby Dick and Amy Ziering film Derrida, provides Johnson with a perfect moment. With her gaze so focused, he wonders, does she see much at all? He likens her to the philosopher who fell down a well because he was too busy looking up at the stars to spot the hole.

Of course, the answer is that Johnson sees plenty. Perhaps more than most. Cameraperson is testament to that. Though documentaries are supposed to be objective, Cameraperson reveals that they still require empathy and engagement. That’s why all these scenes remain important to Johnson, why she can’t let them go. What she has captured on film is now as much her as her home and family. She lives through the work, and there is no need for her to say more, or show more, about the woman pressing record. 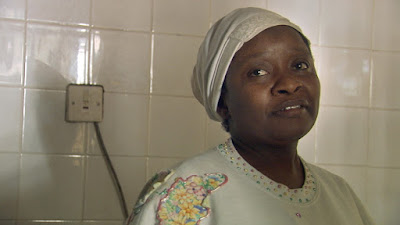 Naturally, the presentation for Cameraperson puts most of its attention on the thesis of the film and the thinking behind it. There are two exclusive programs exploring how it was put together and grappling with larger moviemaking questions. There is also excerpts from talks Kirsten Johnson made at festivals. Picture quality is excellent on the Blu-ray, and the 5.1 audio is exceptional. For a film that you wouldn’t expect to have a particularly robust soundtrack, kudos for all the little details emerging in the back speakers throughout the movie.

Of particular note in the extras, though, is Kirsten Johnson’s 2015 short documentary The Above. Beginning with a U.S. Army blimp that has been floating over Kabul since 2009, the function of which is classified, the director takes different vantage points around the city to simulate what such a device might see. She also uses on-the-ground shots to show the ubiquity of the blimp and juxtaposes that with images of an identical blimp hovering over Maine, allegedly as a missile detection device. It’s interesting how differently one reacts to seeing this stationary object flanked by a Christian church and the stars and stripes. 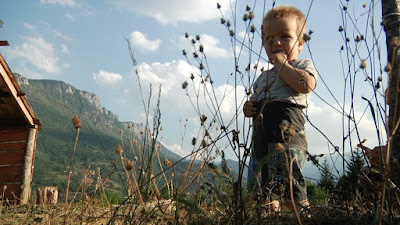