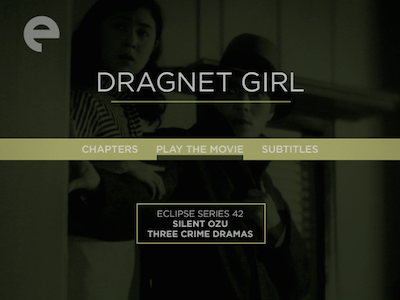 The most straightforward, and yet most complex, entry in the Silent Ozu - Three Crime Dramas set from Criterion’s Eclipse imprint is 1933’s Dragnet Girl, a dual drama about families and relationships and the effect the criminal lifestyle has on the ties that bind.

Joji Oka (No Blood Relation [review]) heads the cast as the charismatic gangster Joji. Formerly a boxer, Joji stepped out of the ring when he fell in love with Tokiko (Mizoguchi and Kinoshita mainstay Kinuya Tanaka, who also appeared in Ozu’s Equinox Flower [review]). Tokiko is a tough cookie in her own right, but she prefers a more domestic crime partnership that doesn’t involve her man getting pummeled on a regular basis. Though Joji has many would-be suitors, Tokiko chasea them all off, thus making it all the more surprising when a nice, quiet girl sneaks in and legit steals Joji’s heart. 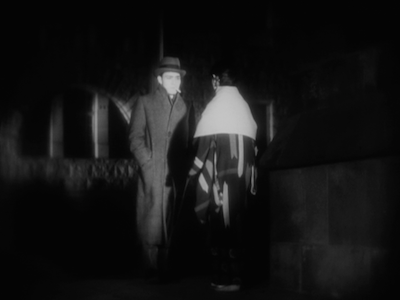 Misako (Sumiko Mizukubo, Apart from You [review]) summons the thug to a corner rendezvous to ask him to encourage her little brother, Lefty (Hideo Mitsui), to return to school and give up trying to be a boxer and a crook. He looks up to Joji and would listen. Joji is taken with Misako’s purity and selflessness, and he starts spending his days in the music store where she works, listening to classical records. It’s a far more refined musical excursion than the rowdy nightclubs he usually attends with his gang. To many, Joji is becoming soft. Never mind he’s the guy we saw beat up three bruisers all on his own just a few days before. All it takes is one dame wanting you to settle down... 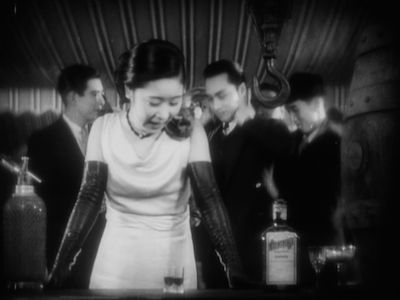 As the drama ramps up, Dragnet Girl crosses similar territory as Walk Cheerfully [review]. Misako’s positive presence inspires Joji to consider getting clean, and though she initially goes to the record shop with a gun to confront Misako, Tokiko is quickly smitten with her, as well. She thinks about ditching the bad-girl lifestyle modeling herself after her rival. The only one who can’t seem to get Misako’s message of peace is the one she wants to go straight, her little brother, who resists even after his hero threatens him. 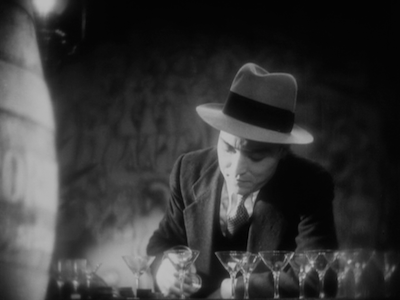 Moreso than Walk Cheerfully Ozu toys with the notion of fate in Dragnet Girl. In the psychology of the script, which was written by Tadao Ikeda, the scribe behind Walk Cheerfully and The Only Son [review], working from a story by Ozu himself (hiding behind the pseudonym James Maki), we move closer to the inescapable doom of film noir. Neither Joji nor Tokiko find it easy to make a clean break, and in part because they don’t think they deserve it. Tokiko is offered an ideal marriage by her boss, but can’t see herself stepping into a housewife’s shoes; likewise, Joji must reject Misako in order to “get over her.” When it comes down to it, the only thing that this Japanese Bonnie and Clyde can count on is each other. Whatever their path to get to true love, at least they found it together, and they can get out of it together, too. Embracing a crime trope, Ozu positions them to pull one last heist with the intention of snatching some seed money and getting out of town. It’s a pretty ballsy robbery, with Tokiko leading the charge, and an even more hairy escape when the cops come knocking. Yet, Ozu avoids the expected final shootout, seeking a different solution for his lovers. Punishment offers redemption. 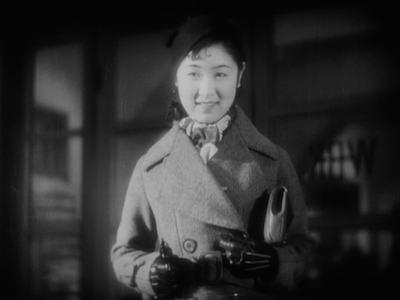 Dragnet Girl actually makes a pretty convincing case for sucking it up and taking your lumps. It doesn’t hurt that the impassioned argument for toughing it out is made by Tokiko. Kinuyo Tanaka has a solid screen presence, and her confident delivery, and the complex emotional swings that get her there, makes for the most convincing acting in the movie. As perfect and angelic as Sumiko Mizukubo is as Kazuko, Tanaka brings her character down to earth, so that she is both sympathetic and relatable. She’s really the only choice for the confused Joji, who frankly comes off as kind of weak-willed and not nearly as tough as he’s intended to be.

But then, Ozu’s women generally have been the ones who have had to carry the heaviest burdens, and who do so with a quiet strength unique to them. In that, Dragnet Girl is part of a long tradition of the filmmaker, even as he would soon leave its genre trappings behind. 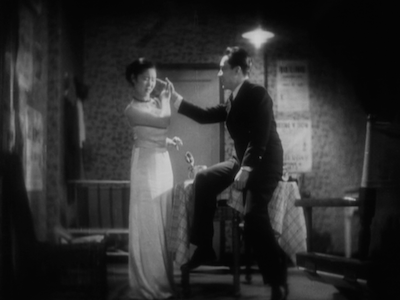