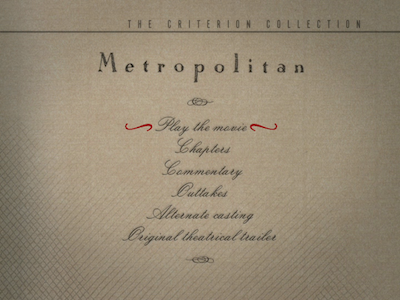 Whit Stillman released his first film when he was nearly 40: Metropolitan, an erudite, witty portrait of New York rich kids nearly half his age. That was in 1990.

I graduated high school in 1990. If memory serves, I saw Metropolitan sometime in my first year at college. Its appeal for me was similar to the appeal of F. Scott Fitzgerald or the portraits of the upper class in Vanity Fair magazine (which I particularly like to read for when it all goes wrong and some millionaire has to cover up a murder). It has a voyeuristic draw. I am the outsider with my face against the glass, or peering over the fence. Or, in the cases of The Great Gatsby and Metropolitan, I am Nick Carraway or Tom Townshend: the outsider invited to crash the party. 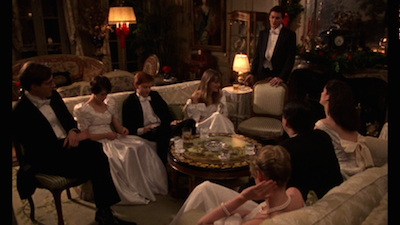 Metropolitan’s Tom is played by Edward Clements, a first-time actor who, interesting bit of trivia, went on to become a preacher in Canada and never made a film again. For the majority of the cast, this little examination of manners and morals was their only acting work, adding not just to the movie’s indie cred but also its sense of realism. These are not actors with pre-formed personalities. Even the ones who would go on to do other things, like Chris Eigeman and Taylor Nichols, we know mostly from the other movies they made with Stillman. Like Woody Allen before him, Stillman is telling a New York story that is very much contained by his own worldview--urbane, dry, knowingly self-involved, and totally enticing. 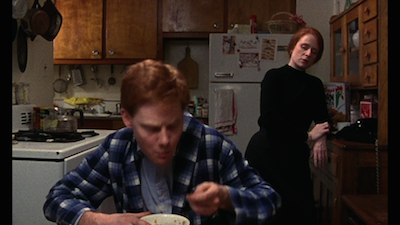 Stillman’s story takes place over the course of one winter break and follows a group of well-to-do college students from party to party, though focusing mostly on the after parties, when the rich boys and the debutantes drink, play cards, gossip, and wax philosophical. Tom joins this group by sheer accident. He is leaving the same soiree as his soon-to-be new friends, and they mistake him for having dibs on the taxi they want. In truth, Tom can’t afford the cab ride and intends to take public transportation home. The other kids completely ignore his explanation, however, and rewrite his narrative for him: he was getting in the cab, they can all share, and he might as well come to their friend Sally Fowler’s house. 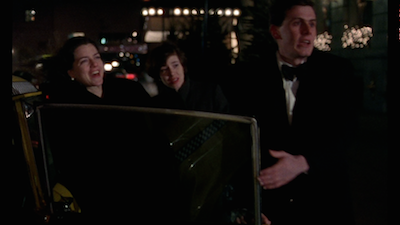 It’s a great example of how the privileged operate. How they perceive the situation must be true. This is perhaps the most pronounced theme of Metropolitan. To these spoiled students, perception is everything. Whether it is judging an experience they never actually had or fretting over their reputations, how they look at the world and how it looks back at them is paramount. Maybe it’s unfair to lay this on them because they come from money, because as we’ll discover, Tom, the would-be poor boy and socialist who is too good for such social events, is no different. He hides his family background until the situation requires a revelation, and he professes to prefer reading literary criticism to actual literature. “You don’t have to have read a book to have an opinion on it,” he said (and thus predicting the internet). He is no better than the people he criticizes, and he also falls quite easily into their lifestyle. 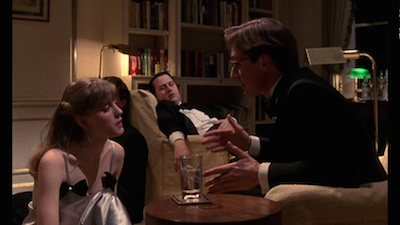 The literary discussion Tom has mainly centers around Jane Austen, and Mansfield Park in particular, a book described in the film as being about the morality of a group of children putting on a play. The comparison here is obvious, as we are watching not just a fiction (Tom hates fiction because he knows someone made it up, it never happened) being acted out by a group of young people, but a fiction about a group of young people whose whole social interaction is its own kind of performance. It’s all about your tux and your dress. (Stillman, of course, would go on to release a Jane Austen adaptation this year, Love and Friendship, only his fifth film, and a very good one at that; it’s what inspired me to dig back into his earlier work.) 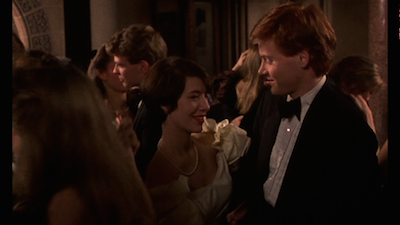 Amidst all this conversation, we also get to peer in on the personal dramas that affect each participant. The Mansfield Park debate, for instance, is actually part of the flirtation between Tom and Audrey (Carolyn Farina), a gamine who has a crush on the ginger-haired intruder. Audrey is the nice girl, arguably pure of heart, and Tom’s treatment of her gives us our clearest indication that he is not the staunch idealist he would pretend to be. In fact, he’s rather judgmental, letting his preconceived notion of what the rich kids are like color how he interacts with them. There is also an irony to how quickly he gloms onto the story Nick (Eigeman) tells about another trust-funder who treats women badly. Tom’s behavior may not stray into the date rape allegations Nick contrives, but he is callous to Audrey’s feelings. In fact, the whole group lacks any empathy, for the most part. Their selfishness is in wanting their problems to matter above all others. Thus, Tom’s mistreatment by Serena (Elizabeth Thompson), a girl with a boyfriend at every Ivy League school, is tragic to him, but he never gives a thought to how it affects the other boys in her pen-pal chain, much less Audrey. 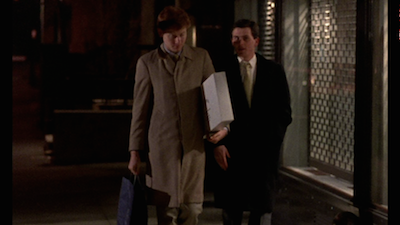 On paper (or, I guess, your screen), I imagine my descriptions of Metropolitan make it sound insufferable. Why would anyone want to watch a bunch of spoiled college students blowing smoke up their own asses, like some kind of cinematic equivalent of a Vampire Weekend record? Well, that’s the charm of Stillman. Like the aforementioned Nick Carraway’s narration of Gatsby, Stillman’s own storytelling is a wonderful mix of genuine affection and gentle disdain. His humorous writing serves as a self-critique. He is not afraid to let his characters sound ridiculous, even as he forgives them since they are so incredibly earnest about it. It’s basically the core of all his movies, showing the self-absorbed slowly become more aware of the world around them, eventually stepping out of their comfort zones to get on with life. Eigeman is always the quintessential Stillman hero/rogue, in that he believes the bullshit most of all, even while affecting an air of indifference. He’s obnoxiously charming, and at least here, the guy who is pretty much exactly who he says he is. (See also Greta Gerwig’s well-meaning buffoon in Damsels in Distress [review]. Given her love of dance crazes, she’d surely dance the cha-cha-cha with Nick.) 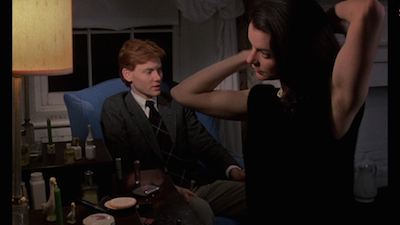 For much of the group, their changes require them stepping away from the cliques. Sally (Dylan Hundley) and Jane (Allison Rutledge-Parisi) find other men to date; Nick leaves to visit his family. The optics change, as well. While most of Metropolitan takes place inside New York apartments, the final scenes force Tom and Charlie (Nichols) to leave the familiar, acknowledge how helpless they are (neither can drive), and essentially try to have a real experience. The fact that it’s one they concoct to defend Audrey’s honor, cobbled together from various white-knight scenarios straight out of the sort of books Audrey would read, right down to Tom’s comical derringer, turns out to be a sly send-up on Stillman’s part. These boys have a lot of growing up to do. 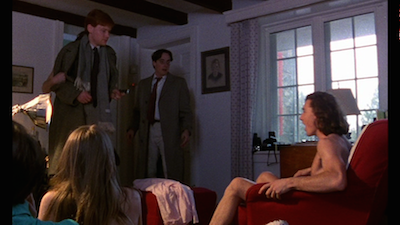 Yet, there is real change by the time credits roll. The final scene of Metropolitan is no longer Tom walking alone, as he tried to do the morning after the first party, but he and Jack and Audrey having to figure out how to get home from the Hamptons, hitchhiking on the side of the road. It’s the same light-of-day camaraderie we will see at the end of The Last Days of Disco [review], when the main cast leaves the nightclub and heads off to whatever is next. In this fashion, Whit Stillman’s films are always about characters in a state of becoming--perhaps not a strange view for a man who suddenly started making movies as he approached middle age to adopt. It’s a bit Sherwood Anderson, this shift from sales and advertising to the role of artiste, but for Stillman, it’s a shift that paid off. 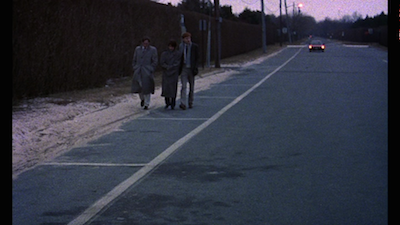