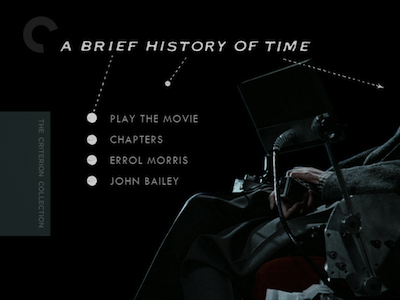 When one comes to understand the theory of an ever-expanding, unending universe, one also comes to understand how small a part one plays in a large cosmic drama. Getting to know the man who developed that theory, Stephen Hawking, only proves to make one feel smaller. If he can explore the vastness of space despite being confined to a wheelchair, unable to talk or move most of the muscles in his body, what exactly are we doing with our lives?

Making the viewer feel small, of course, is not the goal of Errol Morris' 1991 documentary A Brief History of Time. Quite the opposite, in fact. Based on Hawking's book of the same name, as well as his similarly titled memoir A Brief History, Morris' film is a concise and fascinating biography of the brilliant astrophysicist that engages with the man's life by accepting that the product of his work is as essential to his story as any of the life events that led to him becoming who he is. You can be told what Albert Einstein had for breakfast every day, but you're still going to want to spend some time hearing about the Theory of Relativity. 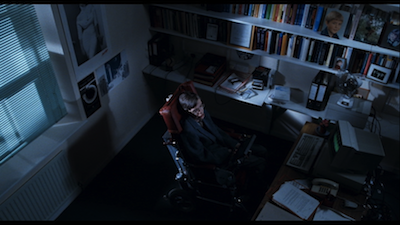 Hawking is virtually a household name, but I'd wager quite a lot of people don't really know all that much about him or what exactly it is he has accomplished. Most know that he speaks through a complex computer set-up where he uses a clicker to find the words he wants to say, which are then voiced by a robotic voice. (It's a far more sophisticated version of the manual selection process used by Jean-Dominique Bauby in The Diving Bell and the Butterfly, [review] but as we learn in A Brief History of Time, based on the same principle.) Personally, however, I'd never really known about the neurological disorder that led to Hawking's body breaking down, nor the years it took for his functions to fail him. Morris juxtaposes the active and often lazy boy that Hawking was with the focused, dedicated man he became, divining the essential details from family, friends, colleagues, and Hawking himself.

What emerges is a compelling portrait of a unique individual who refused to give in to his disease, and by some ironic happenstance, benefitted from it. (As his mother says, no one would call his affliction anything but bad luck, but Stephen did more with it than most.) It's hard to say how many of Hawking's discoveries would still be waiting to be found were he not bound by circumstance to spend his every waking moment living the life of the mind. In fact, as Morris explains the different ideas and theories that define Hawking's essential work, it becomes clear that his exploration of the origins of the universe and his quest to see where life is heading is more than a little defined by his predicament. One of the central discoveries that Hawking made was to realize that black holes aren't entirely black, and that what enters a black hole is, after a fashion, returned to the universe, albeit in a different form. Does it not make sense that a man with Stephen Hawking's condition would seek a way to explain and conquer oblivion? 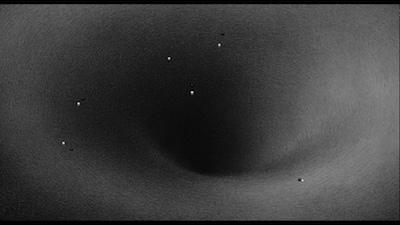 Errol Morris' technique was well defined by A Brief History of Time. He adeptly blends interviews with archival images, animated graphics, and specially photographed sequences to lead the audience through all aspects of his subject. The way he brings to life the various theories from Hawking's book is particularly impressive, turning somewhat abstract concepts into recognizable sequences by using Hawking's own metaphors in a more literal fashion. It's fitting, actually, since Hawking himself apparently began to think in terms of pictures as a way to communicate more effectively when language began to fail him. Cinema, as it turns out, is an ideal medium. The world's most popular art form is surprisingly agile when it comes to realizing the theoretical scientist's goal of explaining the fundamentals of the universe to every person existing within it.

And with that, we can feel larger. Access to the keys to the universe means we can take some part in driving where it goes. The new version of the TV show Cosmos, as hosted by Neil Degrasse Tyson, has a similar mission. The more that we know as a collective people, the more we will be able to discover, and the fewer boundaries we will have left to conquer. 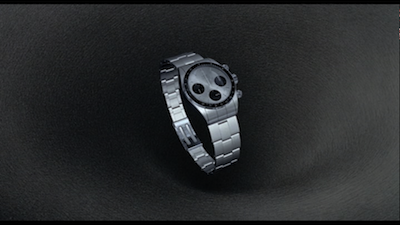