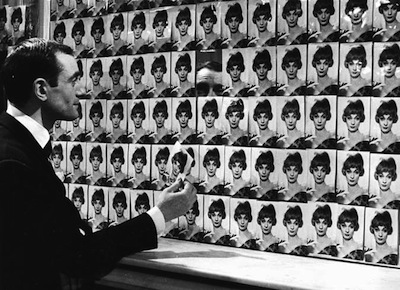 I am not exactly sure why the NW Film Center programmed their Pierre Étaix retrospective in reverse, but it means my viewing of the director's oeuvre was kind of a backwards journey, retracing the footsteps of the star's artistic travels.

Étaix's first major feature was 1962's The Suitor, an intentionally Keaton-esque romantic comedy. Pierre plays Pierre, a stargazing dreamer whose parents demand he give up his cosmic charts and get married. The only problem is that Pierre is totally uneducated in the ways of love, and so The Suitor follows him as he bumbles from one scenario to another, attempting to pick up on women in the streets, going to nightclubs, and eventually becoming obsessed with a torch singer. The film's funniest sequence comes when Pierre sneaks backstage at one of her concerts and engages in all manner of slapstick stagecraft trying to find her and avoid being thrown out. Étaix's past as a live performer is placed front and center, with most of his routines echoing vaudeville and even dabbling a little in sleight-of-hand magic. 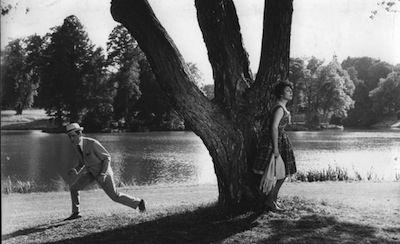 I won't spoil the punch line by revealing what happens with the singer, but suffice to say, most of Pierre's downfalls in The Suitor have less to do with his inexperience and more with his illusions about what women are like. He has certain misconceptions about how people come together, approaching his first potential dates with an almost scientific calculation. He collects evidence, and experiments with what he's found. His only truly successful pick-up itself backfires, as the woman in question turns out to be a loud, overbearing drunk. Laurence Lignéres makes for a great comedic partner for Étaix. His energy is perpetually turned inward, his confidence receding; Lignéres is constantly pushing outward. Indeed, she spends much of the movie chasing after her man. Her high-volume antics at the bar wouldn't be out of place in the party scene in Blake Edwards' Breakfast a Tiffany's [review]. It's surprising to see that the actress did very little work after The Suitor.

As in the rest of Étaix's movies, the humor in The Suitor is gentle. Pierre is a bit of a buffoon, but there is no cruelty in how we laugh at him. Part of this, again, is the sadness that is inherent in his situation. He's hopeless, but he's trying. To remind us that he is kind and capable of love, Étaix keeps bringing us back to the Swedish maid (Karin Vesely) that is staying with his family. If she'd have him, he would marry her. Our suspicion is that the only reason she doesn't accept the offer is the language barrier prevents her from understanding what he's asking. Our expectation, then, is that this scenario will circle on itself--an expectation that Étaix cleverly fulfills in The Suitor's closing shot. 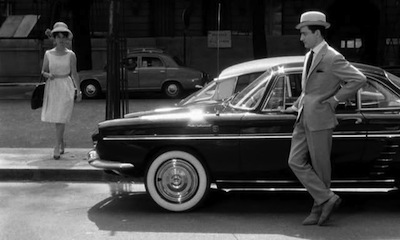 Showing alongside The Suitor is the original short Étaix made the year prior, 1961's Rupture. It's largely a solo effort set inside a one-room apartment, predicting a similar sequence that would show up a few years later in As Long as You're Healthy [review]. In Rupture, Étaix plays a man who has just been jilted via letter. The comedy erupts out of his clumsy efforts trying to pen his reply to his former lover. You've never seen a man have so much trouble licking a stamp! 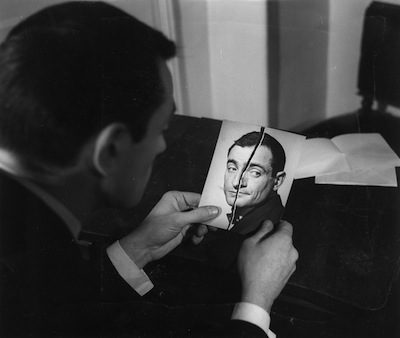 The Suitor plays today, April 20, at 2pm, and again on Monday, April 22, at 7pm, as part of the NW Film Center's Pierre Étaix retrospective. View the full schedule here.