My reviews for non-Criterion movies, plus other articles, written in December. 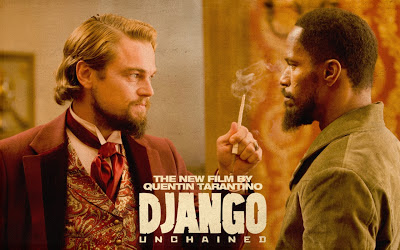 * Hitchcock, the biopic of the Master of Suspense centered around the making of Psycho. With Anthony Hopkins as Hitch and Scarlett Johansson as Janet Leigh. It's actually quite fun.

I also wrote this article for the mini Wes Anderson film festival coming to Portland for Christmas!

* Alps, the strange second feature from the director of Dogtooth.

* Justified: The Complete Third Season, one of my favorite TV shows gets its third go-around. An Elmore Leonard adaptation starring Timothy Olyphant.

* Looper, the second time around with Rian Johnson's time travel film is just as good, if not better.

Also, be sure to read Natalie Nourigat's Looper reaction comics. 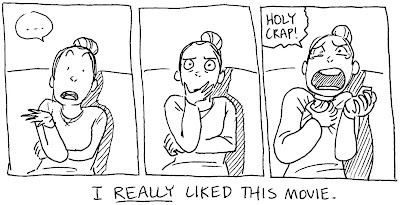 * The Point: The Definitive Collector's Edition, an upgrade for the Harry Nilsson-penned animated special from 1971.

* Upstairs Downstairs: Season 2, the reboot of the BBC perennial is the smarter ancestor to Downton Abbey. So of course it got cancelled.

To cap it off, the DVD Talk writers have voted for their best discs of 2012. Here are the results! I personally wrote the blurbs for the David Lean/Noël Coward boxed set and also Les vampires.