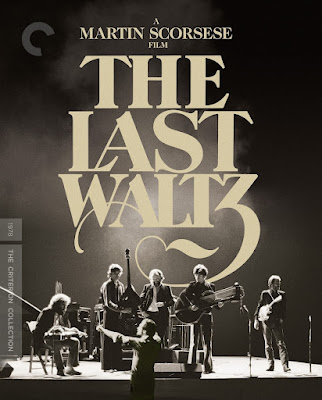 I used to have a Thanksgiving ritual involving The Last Waltz. I am not unique in this. If you google “Thanksgiving movie,” Martin Scorsese's 1978 documentary is pretty much the first thing to pop up. And I didn't even invent my ritual, I stepped into it.

Years ago when I still lived in Portland, OR, I would spend most holidays on my own. It started when I was originally a comic book editor and was essentially looking for any time where I might have peace. Holidays proved a good option. Everyone's attention was focused elsewhere, and so I could be by myself, uninterrupted. This meant dodging invitations and making excuses to family, but it was worth it if it meant I could stay home and get drunk with my cat and marathon movies all day. It wasn't me being antisocial so much as being pro-Me. Ron Swanson would understand. 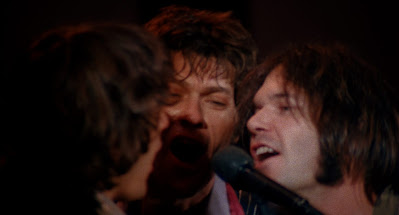 When I had moved into the upper Northwest in the early '00s, it put me within blocks of a place called The Stepping Stone Café. They were open for the holiday breakfast shift, and I would take myself down there and grab a seat at the counter, order a fat stack of pancakes they called “Mancakes”--no joke, the triple stack was over six-inches thick and the size of the whole plate--and just gorge myself. Most of the time my actual holiday meal later would be something like a turkey sandwich with cranberry, or whatever diminutive version of a Thanksgiving spread I could find in the store that was easy to prepare, so I could eat as much as I wanted for breakfast, I didn't have to keep room. Not to mention this would be the base I would pour whiskey on for the next 10-12 hours.

Those Thanksgiving mornings, the Stepping Stone would play The Last Waltz. Now, if you haven't seen it--or even if you had and your memory is just poor because you got totally blotto after doing so--you might be wondering how a documentary showcasing the final concert of 1970s roots rockers The Band is a Thanksgiving film. The answer is simple: they recorded the show on Thanksgiving. And guitarist/singer Robbie Robertson at one point thanks the audience for spending the day with them. Pretty straightforward. 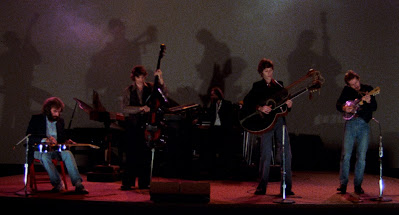 You could tell the staff at the Stepping Stone knew the movie by heart, and they each had their moment where you could see them paying attention. Like if it were me I'd perk up when Neil Diamond came on, and I'd take a bathroom break when it was Van Morrison, who looks and sounds like a troll, let's be honest. (It's okay to hate him now, right? His caustic old age has vindicated me, yeah?) Whatever chunk I'd see was the chunk I'd see, it was not planned, it was reliant on when they hit play versus when I arrived. That was my exposure to The Last Waltz. Playing the soundtrack in the background as I type, I can actually smell the maple syrup.

For those not really in the know, stumbling on this review wondering if this Criterion disc is worth picking up or if you should rent/stream the film somewhere, The Last Waltz is a combination concert film and denouement. Scorsese interlaces interviews with members of the group with performance footage. The songs we hear are not just from The Band, but their collaborations with famous guests like the aforementioned Diamond and Morrison, Neil Young, Joni Mitchell, Ringo Starr, Emmylou Harris, Bob Dylan, and many more. It's a celebration not just of this particular combo, but of a certain era of rock-and-roll. Scorsese's cut is joyful and funny, and slyly introspective, cherry-picking moments that reveal what the music has meant and what is passing. 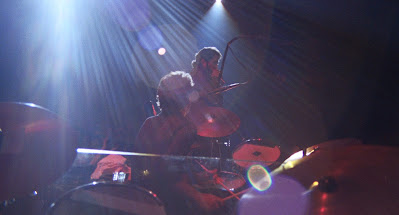 Of course, having established themselves as the backing section when Dylan went electric, whatever these guys did would get attention, particularly from the peers who agreed to pop up for this farewell. Not to mention the clutch of solid records and handful of genuine hits--“Up On Cripple Creek,” “The Weight,” “Ophelia,” etc.--that followed, legitimizing them as a songwriting force in their own right. This set is all killer and no filler.

That said, I, for one, agree with drummer/singer Levon Helm that there is too much Robertson. But I also got a shitty email once from Robbie Robertson so maybe I am biased. I was trying to get him to write an introduction for a comic book I was editing called Skinwalker that I felt he'd have an affinity for. He declined via his assistant, whom he instructed to mansplain what a skinwalker was. Which clearly showed he hadn't even looked at the comic. Call me Team Levon.

Come on, though, let's be fair, when you think of The Band, the first voice you hear in your head is Levon Helm. His verse on “The Weight”? Top of the heap!

And then the next voice you'll hear is that of bassist Rick Danko. So Robbie Robertston isn't even top 2. 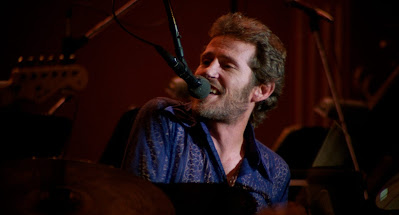 Funny thing, I am not entirely sure I had ever watched the full run of The Last Waltz in one go before this Criterion edition. I may have only just seen pieces at The Stepping Stone, despite owning a previous release as part of a Scorsese boxed set. The Band isn't really the sort of thing I listen to on the regular; I've never owned their music as a piece of physical media beyond that DVD and now this Blu-Ray. But I saw random 45 minute hunks of it so many Thanksgivings in a row, it feels like it's in my bloodstream, and I love it regardless of my personal fandom otherwise. Granted, the picture and sound here are both so sweet, it does feel like the first time regardless. Technology has a weird way of making the familiar seem revelatory. 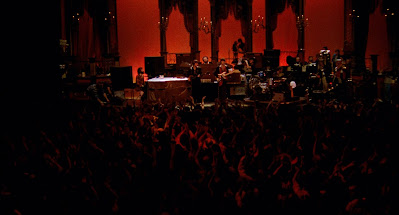 2014 was the last year I was in Portland, though I did visit the city for the Thanksgiving weekend a couple of years back and made my way from my hotel to that old cafe to get my Mancakes and my dose of Levon, Rick, Garth, and the rest (including Robbie). Even if I am a guy not often prone to nostalgia, it still felt pretty good. No idea if they were playing the same copy of The Last Waltz that I had seen so many years prior or if they will now upgrade to a Criterion disc, maybe even 4K who knows--it doesn't really matter. The first time or the fifth time or the time that feels like a second first, it's all of a piece, it's ingrained now, the maple syrup always tastes good. 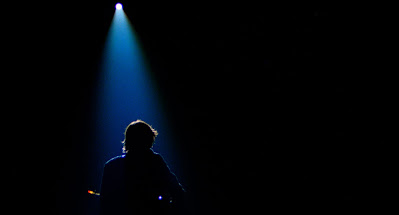