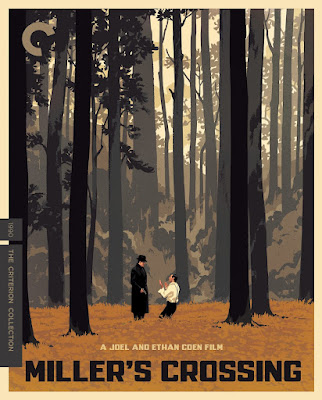 Miller's Crossing is a perfect film.

Critics hesitate to say that. You are more likely to see us write “almost perfect” than “perfect” because the latter can be hard to justify. What are you going to do? Go through it frame by frame and make sure no one left their coffee cup in the shot?

Miller's Crossing resonates with craft. It dazzles with its turns of phrase and plot alike. It gets more intriguing the more often you see it. Every performance crackles, right down to the tiniest cameo – Sam Raimi's guffaw just before he gets gunned down; Frances McDormand's flirty, high-class secretary – everyone is on point. It's endlessly quotable to the point that the IMDB memorable quotes section should just be a pdf of the full screenplay. The damn thing is perfect. 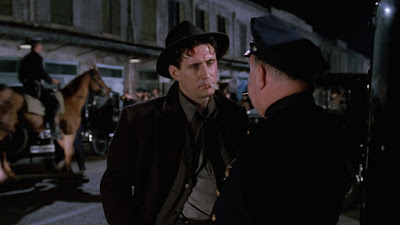 Released in 1990, Miller's Crossing is the second stab at noir homage from Joel and Ethan Coen (the first being their marvelous Blood Simple). This one is set in the 1920s, the first era of the American gangster (in cinema, at least), away from the big city, somewhere in the semi-rural U.S. It tells the tale of an avoidable gang war between an Irish boss, Leo, (Albert Finney) and an Italian boss, Caspar (Jon Polito). The Italian is mad that a bookie, Bernie Bernbaum (John Turturro), is undercutting his fixes by stepping on the odds. Leo is dating the bookie's sister Verna (Marcia Gay Harden), so he's loathe to do anything against the brother and risk displeasing her. His gunman, Tom Reagan (Gabriel Byrne), advises him to put business before pleasure and give Bernie Bernbaum* to Caspar. Tom doesn't think Verna is on the up-and-up, and he should know because he's sleeping with her, too. 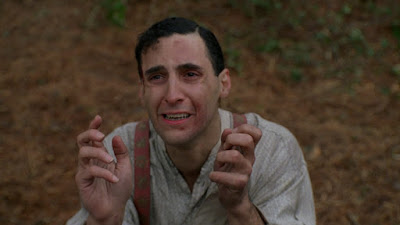 I am not sure if Tom and Verna's infidelity is the first double-cross in Miller's Crossing, but it's one of the earliest amidst countless. So many double-crosses they likely double back on themselves and cross again. You could map them out if you want to, but this chaos is by design. It's moving faster than Tom can keep up, and part of the thrill of watching the film is to see how Tom manages the sharp turns and wondering if he can ever get ahead. (Hint: he does, but that's not necessarily by design.) Gabriel Byrne is a cool customer, and he makes for a worthy noir protagonist, always ready with a quip and maybe a little too slow with a punch. 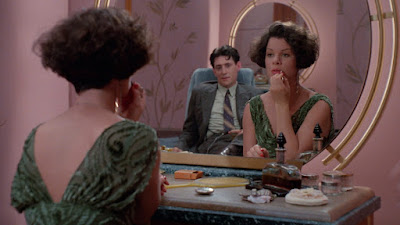 Modern takes on noir can be a real mess. Many filmmakers mistake style for substance and imitation becomes parody. I think the only American entertainment institution that seems to get more misses than noir is The Twilight Zone. In both cases, the mistakes are similar: it's not about the plot twists, it's about the humanity. (Sorry, Jordan Peele.) The Coens are often criticized for allegedly being cold or distant, but I think this is a misreading. Their characters function within the story as who they are, with little need for side trips into maudlin backstory. Nothing would slow Miller's Crossing down more than a flashback to Tom Reagan's childhood. He's moving in the here and now. Boil it down and the cast of Miller's Crossing is all after the same thing: survival. And they all are looking for the partner that will get through with them, be it a business agreement (Leo and Tom, Caspar and Eddie Dane (J.E. Freeman)) or romantic (Dane and Mink (Steve Buscemi, Mink and Bernie Bernbaum; Leo and Verna, Verna and Tom). When you get down to it, all the betrayals are personal. Only Tom steps outside that to make alliances of convenience, ones he may not mean; whereas the ones he does mean, there is no going back on. Hence his being alone in the end.

To type that all out...well, it's just as knotted as the more visceral plot of Miller's Crossing. The punching and the shooting. The lethal wisecracks. 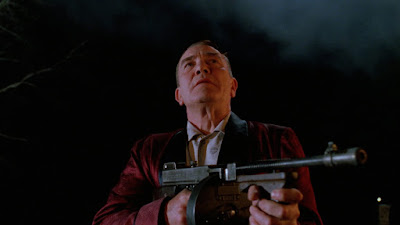 What makes Miller's Crossing so endlessly watchable, though, is not the precise scripting or Barry Sonnenfeld's lively photography or even the endless questioning of where it will go next, it's the glee with which the Coens embrace the genre. This is what works for them every time they try mimicking something new, be it the Preston Sturges delights of Intolerable Cruelty or the energized staging of Joel's recent foray into Shakespeare, The Tragedy of Macbeth: the gusto with which they immerse themselves in the form. In Miller's Crossing, they are re-living their favorite gangster pictures, and as a result, something fresh and new is born. 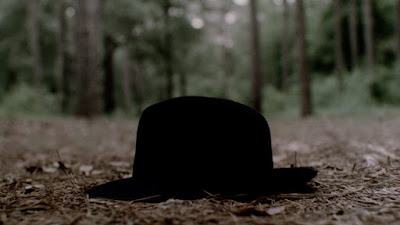