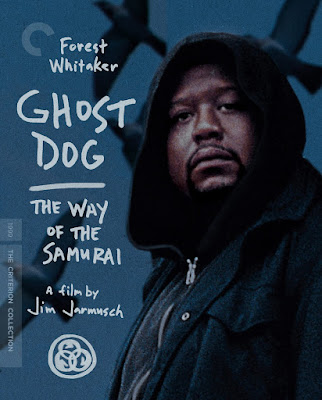 Is there a more elegant genre mash-up than Jim Jarmusch’s turn-of-the-century film Ghost Dog: The Way of the Samurai? It’s more than just a marriage of mob and samurai movies, it’s an urban drama about a neighborhood, touching on both race and class in its depictions of Blacks and Italians. And on top of that, it embraces hip-hop, with RZA from the Wu-Tang Clan both providing a groundbreaking score and showing up in a cameo.

Even with all that, it’s light as a feather. Ghost Dog has the usual laconic Jarmusch feel, despite scenes of incredibly precise action. For fans of Jean-Pierre Melville, you will see his influence all over this, from the snippets of philosophy taken from the Hagakure warrior’s code to the calculated assassinations Ghost Dog performs. Quiet, patient, and deadly. 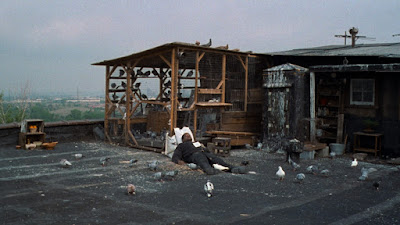 The origin story of Ghost Dog is a classic trope. As a young man, Ghost Dog (played with a calm forcefulness by Forest Whitaker) is rescued from a beating by gangster Louie (John Tormey). Over the next several years, Ghost Dog devoted his life to training to be a samurai assassin, shedding material things, living on a rooftop with his pigeons (shades of On the Waterfront). That is the backstory, at least, told in short, repetitious flashbacks. The here and now of it features Ghost Dog acting as Louie’s retainer, serving in the background, killing people Louie needs killed. Ghost Dog has done this twelve times perfectly, but at the start of the film, we see the thirteenth go wrong: when performing a hit on a gangster (Richard Portnow) who is sleeping with the boss’ daughter, the warrior is surprised to find the daughter (Tricia Vessey) is in the room. She was supposed to be gone.

Of course, Ghost Dog does not harm the girl, but the indiscretion raises the ire of her old man (Cliff Gorman), not just because his baby girl was in harm’s way, but also because this leaves a loose end that can trace back to his having ordered a hit on a made man. Thus, Ghost Dog must be removed from the equation.

Things don’t go that way, naturally. Ghost Dog is more than a match for the aging, overweight mafia killers. There is a subtle change of power at work in the New York of Jarmusch. Young Black men work the streets stealthily. Ghost Dog has compatriots everywhere. We never see them in action, but they are acknowledged. They have moved in. The Italian mob, on the other hand, could be seen as aging out: ineffective, comical, caricature. Jarmusch doesn’t lean on it, but it’s there. 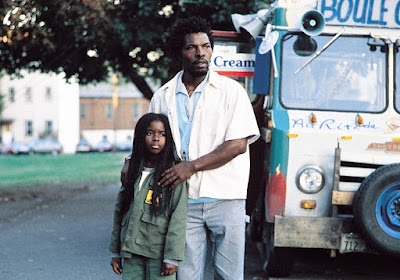 What’s also there is the smaller world of misfits that Ghost Dog relaxes in. His best friend is a French ice cream man (Isaach De Bankolé) who plays chess with Ghost Dog. They converse, despite having no common language--the running gag being that they often say the same things. There is also a little girl, Pearline (Camille Winbush), whom Ghost Dog trades books with. She is like a small version of him, and indeed, Ghost Dog fans have been waiting for a Pearline sequel just as much as Kill Bill fans have been clamoring for the child of Vernita Green to grow up and take revenge.

See? There’s a lot going on. But it never seems like too much. Not under Jarmusch’s care. His hand is steady, his approach both easy and concise. He knows each move he needs to make, but he also isn’t afraid to breathe, to let a moment be loose. It’s a pretty impressive act, all said and done, and one could argue he’s applying all the lessons of the Hagakure to his modern Way of the Samurai, being nothing and being everything at once. 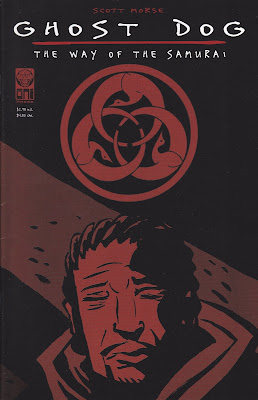 Fun aside, back in 1999, I was editor in chief of Oni Press and we were asked by the studio releasing Ghost Dog: The Way of the Samurai to do a one-off comic they could use as promotion. My business partner and publisher, Joe Nozemack, had the great idea of hiring Scott Morse (then doing our book Soulwind, currently a story man at Pixar and recently the author of Dugout: The Zombie Steals Home) to bring to life one of Ghost Dog’s perfect hits. We never interacted with Jim Jarmusch, alas, but it’s still an effort we are all very proud of. You can still find it here and there if you care to seek it out. 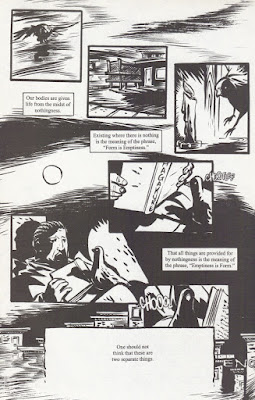