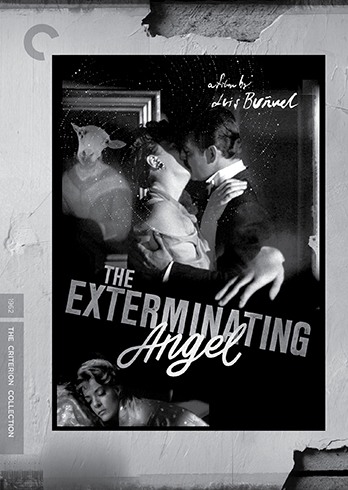 A few years on since Criterion’s 2012 release of The Exterminating Angel (and my lengthy review), this new Blu-ray upgrade of Luis Buñuel’s 1962 social satire couldn’t have come at a more appropriate time. As political climates change and divides deepen across the world, this surreal masterpiece turns the tables on the social classes. Though wealth and standing were not part of Wes Craven and Kevin Williamson’s infamous horror movie rules in Scream, a deeper examination of the genre, particularly the sort of isolating event they were sending up in their movie, I am sure would reveal that most often, things go bad for the poor, not the rich. Or, when they do, someone from the underclass is there to save the day. The outsider that tagged along with her moneyed classmates for the weekend being the only one to emerge from a slasher plot alive.

Not that The Exterminating Angel is at all like a slasher film, but it is very much a horror film. Dark forces are in the air right from the get-go, when the servants of a Mexican dignitary start exiting his home just before a big dinner party. There is a suggestion that they are not colluding, that they are not aware of what compels them to go. Did they enact a curse on their snobby boss and his guests, or are they simply falling under the same spell? While this strange happening forces them to leave, it requires the others to stay. 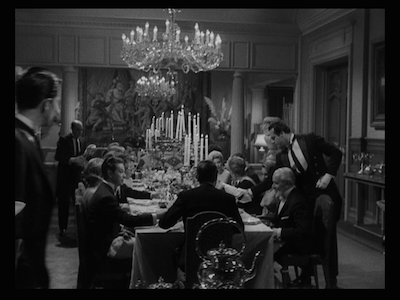 What exactly happened is never explained, nor does it need to be. The closest we get to maybe being able to surmise the motivation of whatever force is holding sway is The Exterminating Angel’s closing scenes. We’ve switched from the wealthy to the pious. Buñuel is targeting social institutions and ideologies, isolating them so as to expose and ridicule. His main scenario, borrowing a little from Sartre’s No Exit, is that following their meal, the partygoers discover they cannot leave. There is no visible obstacle keeping them in the room, yet they can’t find the ability to simply walk out. Food disappears, as do other pleasures; the group splinters, factions form. Stripped of the trappings of status, these people are left to be themselves--and who they are is not necessarily very likable. 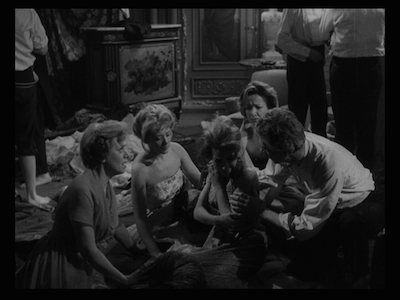 In a society where the gap between the rich and the poor, as well as many moral and political divides, is becoming more pronounced than ever, there is much we can glean from The Exterminating Angel. The film makes the division real, blocking the rich from the rest of the world, but in doing so, takes everything away, turning them into the people they might otherwise judge, forcing them to go without. In added prescience, Buñuel’s turning the whole thing into a media spectacle is not unlike reality television being a platform for celebrity, wealth, and now leadership. Though, the gawkers outside the mansion seem positively quaint in the age of 24-7 surveillance, paparazzi, and, of course, oversharing.

The critique is sharp, but Buñuel’s approach is often playful. He watches his characters with the mirth of a prankster. Which, of course, he is. It’s the director who locked these people in this mansion, and only he can let them out once he’s seen all he wants to see. They can be craven and petty, but their desperation is also horribly human. As with the best horror, the awful things that happen prove to remind us we are alive, and that we are all in this together. The rich are no better than anyone else, no more capable--but when they finally do get out, it’s because they push together. 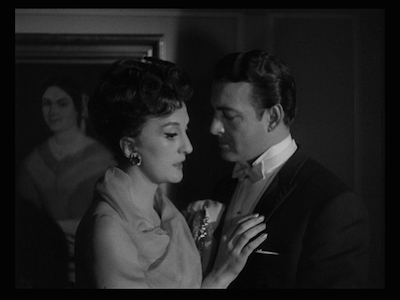 The high-definition transfer on this disc is very nice, bringing The Exterminating Angel into its Blu period. I don’t believe this is any different than the transfer used for the previous DVD edition, but the image is crisp and the uncompressed soundtrack sounds fantastic. All the extras from the original disc, including a 2008 documentary tribute to Luis Buñuel, are carried over to this re-release. 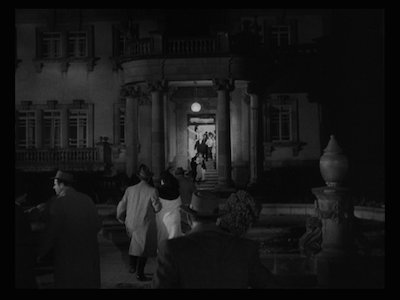 The images used in this review are from the standard-definition DVD and not the Blu-ray under examination.