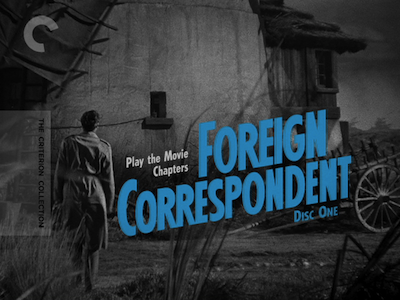 It would be easy to view Alfred Hitchcock's 1940 picture Foreign Correspondent as just another of the master director's thrillers about a man in over his head. For anyone questioning the seriousness of this pre-war propaganda piece, however, there is a sharp turn at about the 3/4 mark that reminds us just how dangerous and of-the-moment the threats must have seemed to Hitch and his crew.

Up until that point, we had been following cocky American journalist John Jones (Joel McCrea), pen name Huntey Haverstock, back and forth from London to Amsterdam. We've seen him chased by pistol-packing spies and also pitch a little woo to Carol Fisher (a comely Laraine Day), daughter of an international peace advocate (Herbert Marshall) whom is meant to be John's European liaison. There have been car chases and narrow escapes out hotel windows, and also a startling assassination, surprisingly direct and bloody for the time. It's all very much in the standard Hitchcock vein. The action only pauses for romance or the expected sardonic humor, here provided by George Sanders and Robert Benchley, both playing fellow reporters. Benchley lends a wry vitality to every scene he is in, dropping amusing asides that, unsurprisingly, he wrote himself. 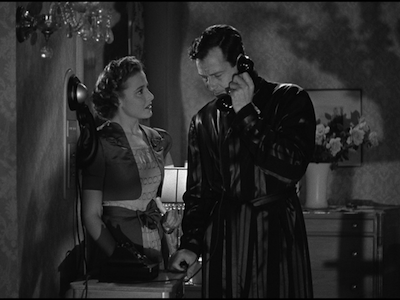 Foreign Correspondent's maguffin is a Dutch diplomat, Van Meer (Albert Basserman), who is the key to negotiating peace in Europe. (Hitler gets one brief mention in the beginning, but the film is otherwise Swastika-free.) It's when the boys find where he's been imprisoned that brings the movie's darkest moment. Van Meer has been locked away in a squalid boarding house in London, where his captors torture him with bright lights and loud jazz music, forcing him to stay awake in hopes of breaking him so he'll spill his secrets. Hitchcock and director of photography Rudolph Maté dial everything down, working with the cramped space and soft lighting to create an uncomfortable, claustrophobic mood. The shadowy staging predates  and somewhat predicts film noir, showing the influence of German filmmakers on the director and quite possibly also some inspiration from the Universal horror franchise. The soundtrack is dropped to a whisper, and the threat of violence suddenly becomes real. It's Hitchcock's way of taking the fictional sheen off of his villains, of reminding his audience who they may soon be dealing with if war breaks out. 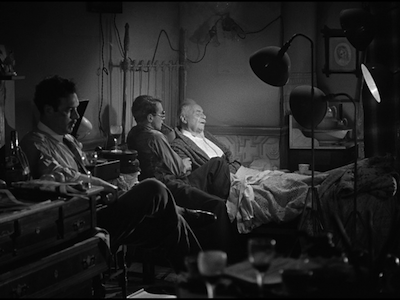 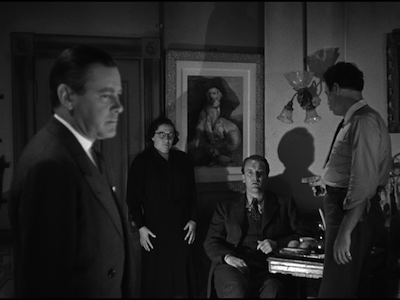 Which it did, shortly before the film was released, requiring an added ending to address the rapidly changing situation overseas. The final notes of Foreign Correspondent are quite literally an urgent call to America to not turn a blind eye to what was happening. It's worth noting that Hitchcock actually made the movie for an American studio, and he considered it the first where he got to express himself fully. It's long been held that Hollywood was ahead of the curve in working to convince Americans of our need to stand with our European allies in World War II, and there is perhaps no more irrefutable example of that than Foreign Correspondent. 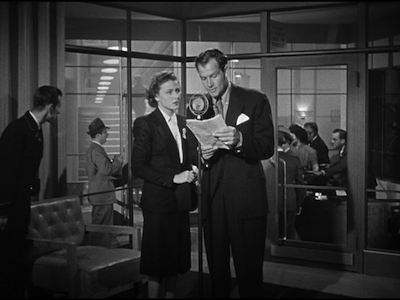 Van Meer's importance to the story is fascinating, because it extends beyond the functionality of the plot. His presence actually influences the storytelling itself. The tone changes each time he is on screen. His first conversation with Jones is quiet and a bit perplexing, serving as almost a self-indictment of Foreign Correspondent's rabble-rousing intentions. His second major scene is also the movie's most tense. Jones has pursued Van Meer's attackers to a rundown windmill where they have stashed their prisoner. The journalist quietly creeps through the small tower while the enemy agents scheme in a language he doesn't understand. Jones is always one wrong step away from being discovered. Like the torture sequence later in the movie, Hitchcock blankets the segment in a sort of fog, symbolizing both the secretive nature of the meet and also Van Meer's drugged state, which itself represents the intentions the Axis powers have toward their neighbors. 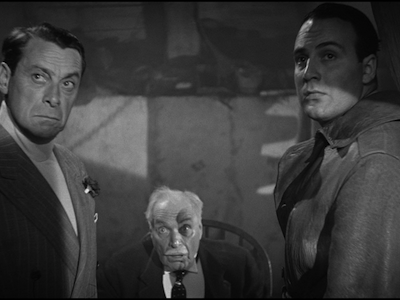 There is a lot in Foreign Correspondent that Hitchcock aficionados can dissect and examine to understand how the director builds suspense. The film has some notoriety for how much Hitch pushed the envelope and advanced special effects in order to make his action pieces come alive. He used miniatures and rear projection, as well as stage trickery, in ways that remain impressive, even if a modern eye can spot the seams. Criterion includes an excellent featurette looking back at how the production team pulled off a lot of the more complicated effects.

Perhaps more illustrative of the director's skill, however, is the photo essay he made for Life Magazine. This supplement shows a series of black-and-white stills Hitchcock put together to make a point about the danger of wartime rumors amongst the general citizenry. Photographed by Eliot Elisofon, it's a story told in seventeen frames. Each image adds to the previous, escalating the spread of the gossip, a deadly game of broken telephone. It's like a tiny tutorial in how to be a master of suspense yourself, complete with the trademark Hitchcock cameo. 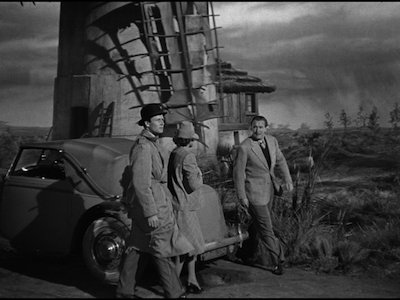