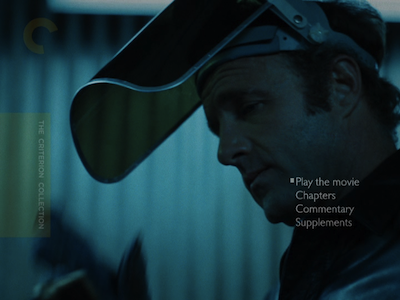 I am sure back in the day all video store employees had games they played to pass the time when they got bored. When another loop through The Simpsons or Arrested Development DVDs wasn't enough of a distraction, it was necessary to find other things to keep the day from drowning. Where I worked, on particularly slow days, we would each pick out a handful of movies that we had never seen but always wanted to. Once chosen, we would watch the first five or ten minutes and analyze them. I think it was someone's pick of ...And Justice for All that led us to a slow-day revelation. The lengthy opening of Norman Jewison's film is a set-up that has nothing to do with plot, but everything with character. It seemed indicative of what made 1970s American cinema special: the storytelling was the concern, and the filmmaking itself was paramount. No one was worried we wouldn’t know where it was going, or even what might happen next. There was no formula to how the tale was told, just follow the behavior. 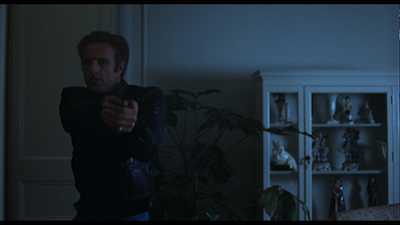 Michael Mann's Thief came at the tail end of that era, but it brings up the rear nicely. It opens with an extended heist, dialogue at a minimum, dropping the audience straight into the action. There is a clear line to be drawn between it and Nicolas Winding Refn's Drive [review], one that I would think Refn would acknowledge. Though both openers would, on paper, sound like they are plot mechanicals, the truth is neither has that much importance to the main story. Seeing either Ryan Gosling's driver or James Caan's thief on the job tells us what we need to know about them, how they identify themselves, but not necessarily where the narrative they inhabit might be heading. The particularly key information is in what they do after the crime is done. As Frank, Caan goes to the waterfront and shares a danish with a fisherman, relaxing as the sun rises over the water, calming down from the rush of the robbery. He doesn't introduce himself or give his name, he just is. A thief, and a man.

The whole first half hour or so is just our chance to get to know Frank. It's only in subsequent scenes that we find out he sells cars as a front for his night-time activities, or that he has a thing with the waitress (Tuesday Weld) at his favorite diner. He is a thief first, an individual second, and the evolution of how he is presented to the audience mirrors his personal quest within the film. Stealing diamonds is funding the construction of another life. It will eventually pay for him to be out of the underworld and a citizen in the legitimate world. He's even mapped this out with a collage he made in prison. 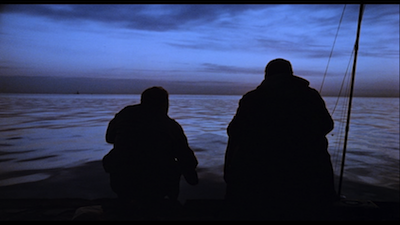 Of course, there still emerges an identifiable plot to push Thief along. The first heist and some resulting fallout gets Frank the attention of a local crime boss (Robert Prosky) who wants to bring Frank in under his umbrella. The independent operator is reluctant, and with good reason: just talking to the guy puts him on the radar of law enforcement who previously had no idea he existed. Yet, the promise of a big score means Frank can fast track his transition to the good life, marrying and having a family. He also needs to move fast to get his mentor, Okla (Willie Nelson), out of prison before the old convict's heart condition takes him down for good. 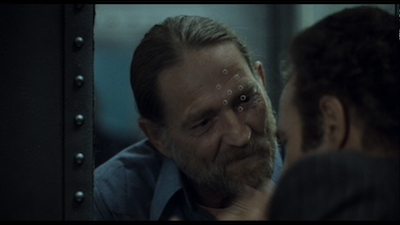 The new boss sets up Frank with a rather large target, and despite the job being complicated, the takeaway will be worth the risk. There are shades of Jean-Pierre Melville in Mann's stoic staging, though Thief also owes plenty to Jules Dassin's Rififi [review], possibly in the same way Refn owes a nod or two to Mann. I’d wager it’s no mere happenstance that Criterion has reissued Dassin’s 1955 caper alongside Thief. The climactic rush to stop a double-cross and keep mother and child out of the combat zone is not an altogether original scenario, but there seems to be at least some eye cast from Mann back to Dassin. Then again, there are lots of genre tropes being employed here. The ending of Thief is also reminiscent of many a western--though Mann's handling of the violence lacks the bloody grace of a Sam Peckinpah, not to mention the restrained tension of traditional shootouts like the climax of High Noon. [review]

Fans of the Miami Vice TV show or Crime Story [review] are familiar with Mann's affinity for slow-mo paint-splattered showdowns. The violence here is fairly clunky. The aesthetics only call attention to themselves. The years have not been kind, nor is high-definition the filmmaker's friend. It's a little jarring, because everywhere else, the new technology shows how Mann's love of neon was already firmly in place, even at this early stage. The night-time skylines are beautiful, as is the shot of James Caan driving his shiny Cadillac onto the car lot, lit up under a canopy of light bulbs. 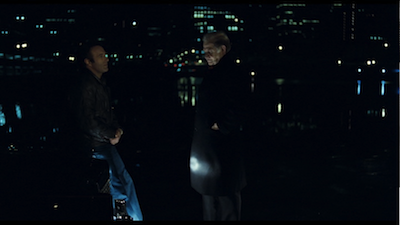 This is merely window-dressing, however. All of the macho stuff--the gunfights, the stealing--is superfluous; it all still comes back to character. The best material in Thief is what happens away from the job. Willie Nelson, for instance, shows an incredible depth of emotion in his short appearance, and there are some interesting class issues that emerge as Frank tries to bury his past and present himself as a working stiff looking to make good.

The best bit in the movie, though, is an extended interaction between Caan and Weld. Out on a date, they both decide to put their cards on the table and get real. No more hidden pasts, no more looking the other way. The exchange feels raw and unscripted. No artifice, just two people sharing a back-and-forth. I didn't check the clock, but it goes on for what seems like ten minutes, and the two of them could easily highjack the movie at that point. I'd have been more than happy to have Thief turn into a Before Midnight-style discussion between a gangster and his dame. 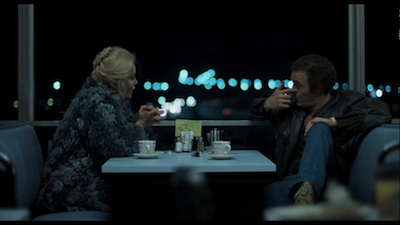 Of course, that's the first scene they'd cut today. You can't have a big genre picture with a lot of talking. James Caan would pull Tuesday Weld out of the bar and then there'd be a hard cut to them having sex. And it wouldn't be James Caan, it'd be someone more conventionally handsome and not so abrasive. And Tuesday Weld would be an actress at least ten years his junior. And there'd have to be a pretty awful bad guy and a recognizable rival cop. Stuff that tests well, you know?

Which just makes Thief all the more intriguing, all the more special. The end of an era of adventurous mainstream filmmaking. We still see movies of a similar stripe crop up occasionally--the films of David O. Russell spring to mind--but not even Michael Mann makes them like this anymore. There’s something fresh and unforced about Thief that his quest for perfection would prevent him from ever recapturing. Moments still pop up here and there--who can forget the sitdown between De Niro and Pacino in Heat

--but the fresh excitement of Thief is something you only get to have the first time. 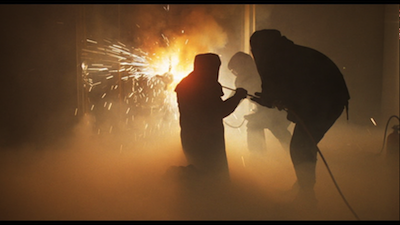