This review written in 2013 for DVDTalk.com. 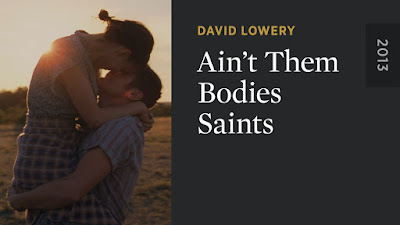 Let's get this out of the way. Ain't Them Bodies Saints looks like a Terrence Malick film, and there is certainly an influence there. I only bring this up because everyone else does, even though it's like saying some contemporary author writes in a sparse style a la Raymond Carver who also himself writes like Ernest Hemingway. Of course, he does!

While writer/director David Lowery is certainly more akin to that contemporary talent thrice removed, this directorial effort transcends simple homage and becomes its own thing, fitting snuggly in a school of crime-flavored films told with a Southern drawl and a molasses pace. It's a school that star Casey Affleck seems to like a lot, as Ain't Them Bodies Saints could almost be a kind of link between two of his other movies, Andrew Dominik's The Assassination of Jesse James by the Coward Robert Ford [review] and Michael Winterbottom's The Killer Inside Me [review]. Like that latter film, unfortunately, Ain't Them Bodies Saints never entirely finds its sweet spot, but that doesn't stop it from being worthwhile viewing.

The younger Affleck stars as Bob Muldoon. In the artful prologue to the movie, we see that Bob is kind of an old fashioned outlaw, perhaps a descendent of the aforementioned Jesse James, if not a more direct follower of Clyde Barrow. After a crime spree and a shootout with Texas troopers, Bob ends up in jail, covering for his sweetheart, Ruth (Rooney Mara, Side Effects [review]), who is the one who really shot the cop (Ben Foster, The Messenger [review]) and should have gone to prison. She's pregnant, however, and chivalry is not dead, so Bob falls on that sword, vowing to one day escape and get back to her and their child. 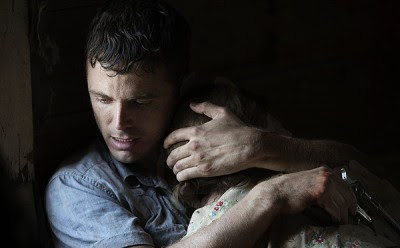 That day comes several years later and serves as the main section of Ain't Them Bodies Saints. Bob has escaped from prison and is trying to make his way back to his family. Meanwhile, the wolves are circling around Ruth. Some of them, like their former benefactor/father figure (Keith Carradine, Thieves Like Us [review]), merely wants to see Bob back behind bars with a minimum of fuss; others, like the wounded cop, have other outcomes in mind. He has fallen for Ruth, apparently as oblivious as everyone else to who really pulled the trigger those years ago.

The distance between prison and home is great, and the consequences even greater. As all of these characters circle one another, their dance absorbs others, particularly as Bob seeks help from friends and enemies come looking for revenge. The main engine of Ain't Them Bodies Saints, however, is the central quartet, all of whom have their own motivations. For the men, it all has something to do with Ruth; for Ruth, it's about protecting her daughter. 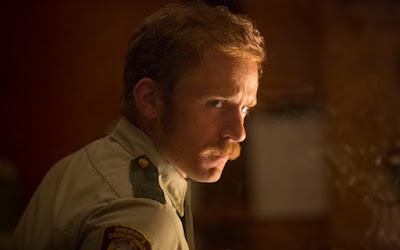 Performance-wise, everyone is very much at ease here. Ain't Them Bodies Saints breathes a rare, chilled air, and the tone is consistently quiet. There are very few instances where anyone raises their voice above a conversational volume. Ben Foster benefits the most from being restrained. I can't remember the last time he appeared on screen when he wasn't working some exaggerated tic or overdoing it in some manner. (It probably was The Messenger, actually.) Here he appears lonely and heartbroken--which is also Ain't Them Bodies Saints' standard mood. Everyone is suffering some disappointment, no one has what they originally envisioned and desired for themselves. They live, as the saying goes, lives of quiet desperation. Ain't Them Bodies Saints is a well-made movie. Its tone is inviting and the clear, understated storytelling makes it easy to watch. The script provides plenty of space for the actors to draw out and work with their characters' inner lives. Lowery doesn't seem concerned about the showier aspects of writing. He doesn't go in for stylized or explanatory dialogue, there is no speechifying in Ain't Them Bodies Saints. The closest he gets to that is in the music, when Daniel Hart's score indulges in a stylistic divergence, such as the handclaps in one of the shootout scenes. Then again, if there is any place it might be acceptable to go a little off model, wouldn't that be when there's serious gunplay? The heightened rhythm mimics an accelerated heartbeat, fitting the mood and paying nicely against cinematographer Bradford Young's naturalistic approach to lighting.

Except given that Ain't Them Bodies Saints otherwise fails to fully engage, it makes such shifts all the more noticeable. There's an element here of too much control and a concern with perfection, and Lowery never really breaks from that. This makes for a movie that often feels like it's going through the motions, hitting its marks, and making sure everything is attuned just so. It lacks the emotional rawness that would give it the kind of depth that would make it truly special. 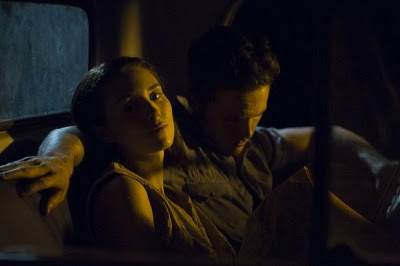