STRANGER BY THE LAKE - CRITERION CHANNEL

This review originally written in 2014 for The Oregonian. 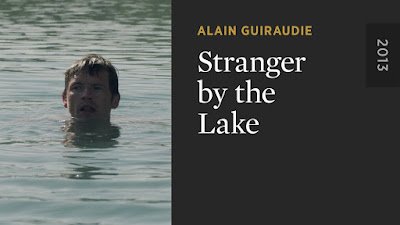 At a remote French getaway, gay men cruise each other for anonymous sex, leading to brief liaisons and unfulfilled passions.

When Franck sees Michel kill a lover, his determination to have him only intensifies.

The action stays centralized, with the men prowling through the woods, sneaking away to share secrets and then coming into the light to pretend nothing happened. Guiraudie’s telling is fairly cold-blooded, but the choreographed dance of desire and disappointment still manages to intrigue.