The Criterion Channel re-opens today, now independent of any other service (Filmstruck R.I.P.), and offering movies that extend beyond the physical Criterion Collection. In honor of that, here is a reprint of a review I wrote for DVDTalk back in 2013 for one of the films exclusive to the Channel. 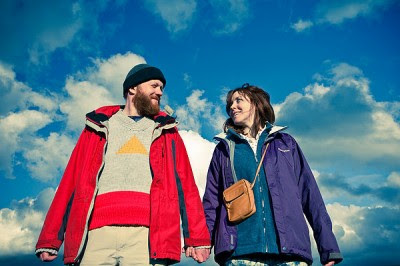 I remember joking in high school about organizing an anarchy club, because of course the last thing anarchists should be doing is organizing. I am sure every teen who gets into punk rock and philosophy stumbles upon a similar gag. I bet you Ben Wheatley would find it hilarious.

Wheatley is the British director responsible for Down Terrace and Kill List. His most current offering, Sightseers, makes pretensions of chaos. It's a black comedy about a vacationing couple whose holiday on the road turns into a killing spree. For Chris (Steve Oram) it begins accidentally (perhaps), but once the impulse is indulged, he keeps indulging it, murdering people who offend his delicate sensibilities in some manner. A dead litterbug is equal to a snobby author driving a better camper. Thinking she needs to join in the fun in order to maintain the relationship, Tina (Alice Lowe) starts killing as well. When Chris disapproves of her choices, she escalates rather than backs down. To his mind, she is acting randomly, he is acting righteously. 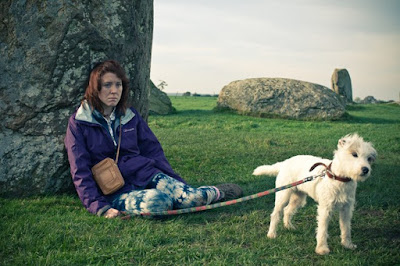 Except there are no random acts in film, and so when a filmmaker like Wheatley attempts to get around engaging in meaningful subtext when making a violent comedy like Sightseers, the result tends to come off as shallow and adolescent as a "card-carrying-anarchist" punchline. Sightseers actually joins a spate of recent movies, including James Gunn's Super [review] and Bobcat Goldthwaite's God Bless America, that puts misanthropic men on a violent path that begins with them enacting a justifiable retaliation against some supposed offense, only to acquire a taste for blood and keep acting out for increasingly petty reasons. All the while, a woman cheers him on and, quite often, takes it even farther. All these films maybe begin with a thin veneer of satire before devolving into empty action. Is Chris waging a kind of class war when he kills the man with the new model vehicle or the guy who went to private school and wants to order him around like a serf? There is a point where Wheatley and his actors, who are credited with the screenplay, seem as if they'd have us believe as such, but it's not a defense that would hold up in court.

Wheatley and crew are more intent on making the audience cringe, either from gore or uncomfortable laughter, than saying anything about why they are going after such a response. The gore is more effective than the jokes. The audience I was with consistently cringed on cue, but the laughs were few and far between. In essence, Sightseers is 90 empty minutes of two boring, unlikable people doing terrible things to other unlikable people with no repercussion or reflection. The only time Sightseers really worked were the scenes where the relationship between the lovers begins to fall apart. The pair argue over homicide the way other bored couples would argue over bills and what they might have for dinner. Soft Cell's "Tainted Love" plays over Sightseers' title card, and the film would have been better off had Wheatley kept this theme in mind throughout. (Another music cue, a cover of Donovan's "Season of the Witch," takes on vaguely misogynist overtones, after Chris actually accuses Tina of being a witch who has enchanted him and incited him to evil.) Every action should be a love reaction, thus keeping the motives from being confused. This feeling of dangerous romance resurfaces at the end of Sightseers. The last scene goes a little bit of the way to keeping the movie from being a complete waste of time. But only a little bit, and also a little bit too late. 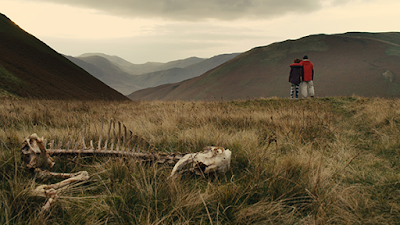