“A mother and a daughter. What a terrible combination of feelings and confusion and destruction.” 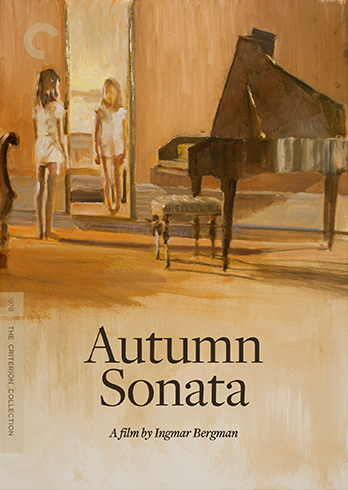 In an effort to do a little research for once in my life, I actually looked up the term "sonata," thinking it would have some formalistic meaning that would have grave importance in regards to the 1978 drama, Autumn Sonata. Ingmar Bergman's not one to choose his classical music references lightly (see also, Saraband [review]). Isn't a sonata a melancholy, mood-driven piece, you know, like Beethoven's moonlight one?

Turns out, a sonata is not as specific as all that. It's a term that arose to differentiate music written for instruments rather than pieces composed for voice. It's a distinction of performance. Even so, this may still give us some understanding on how to approach Autumn Sonata. Despite being a movie driven by dialogue, the importance is in the delivery and the instruments performing the author's words. It's about how, not what, and thus also about what is done without language. It’s as much about what is not said as it is every syllable spoken. 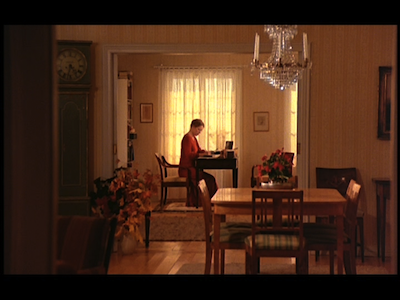 Though the film has a quartet of characters, this one is really a duet. Autumn Sonata stars Bergman perennial Liv Ullmann as Eva and silver screen icon Ingrid Bergman as her mother, Charlotte. The elder woman is an internationally famous concert pianist, and one, as it turns out, who sacrificed family for career. At the outset of the picture, mother and daughter have not seen each other for many years. Eva is a writer who lives in the country with her husband (Halvar Björk), a minister, far removed from the art-world glitz that defines Charlotte's life. Charlotte has been invited to their home for a reunion and some TLC. Her companion of over a decade has passed away, inspiring her child to reach out and mend fences. 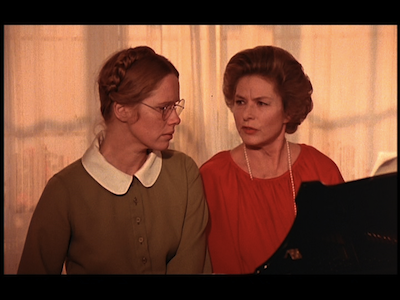 This is a good intention that is better in theory. Charlotte has barely stepped through the door when old tensions begin to bubble up. The process is sped along by Eva's hidden surprise: she has taken her younger sister, Helena (Lena Nyman), into her home. Lena suffers from a degenerative disease, and last Charlotte knew, she was staying in a medical facility. The fact that she had no idea that one of her children had taken over the care of the other shows how far removed she is from her own offspring. Charlotte's life--and this is one of Eva's main grievances, if not, in fact, the only one--has always been very much about Charlotte. 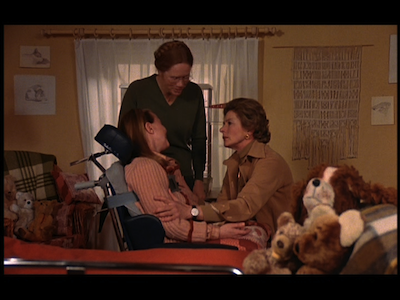 Just how much so becomes evident in the very first conversation between the reunited pair. Though Charlotte pays lip service to caring about her daughter's life, she spends little time listening, instead steering everything back to herself and her less-than-humble take on her many successes. Eva only gets to have her say much later in the day, when she insists on her mother's silence. This occurs during Autumn Sonata's longest sequence, as mother and daughter stay up all night digging through the past. The conversation gets serious and even cruel, as Eva unloads a lifetime of pent-up disappointments. The central issue is not so much was Charlotte a bad mother, but are either of these women actually capable of love? Or are they part of a cycle, each generation passing down its dysfunction when it comes to expressing affection? 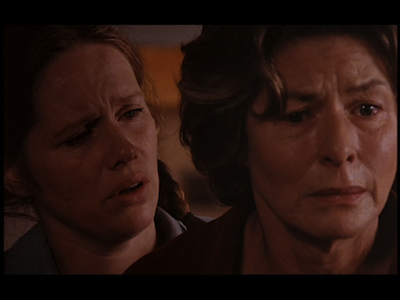 The conversation careens through the women's shared history. Topics include infidelity, abuse, control, and even music, the one common ground the two maybe could have shared had Charlotte allowed it. Ullmann has the more showy role. Eva is a damaged pressure cooker in need of release, and once the tears and the shouting begins, nothing can stop them. (Indeed, in the new HD transfer, you can see the physical toll it takes on her like never before. Ullmann’s red-rimmed eyes look absolutely painful.)
Yet, this is Ingrid Bergman's movie. In essence, the "autumn sonata" is Charlotte's crucial final-act performance, as the diva improvises for her toughest audience. Are her facial expressions, the silent reactions, the most honest? Or can we believe her verbal explanations? Her attempts to turn everything around by saying it was she who was abandoned, that what she needed was a child who would take care of her, since she herself was incapable? Sven Nyquist’s camera searches and probes, looking for the important tell-tale sign, moving between the actors. The framing is as intimate as the shots are sometimes distancing. It’s particularly telling that, during flashback scenes, the memories are peered at from a distance, often from outside the room. 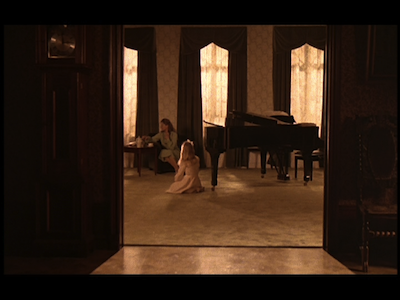 Both participants capture our sympathy and our frustration. Eva has legitimate complaints, but she is also adolescent and morose, and equally as self-absorbed as her mother, who is in turn shallow and insecure and totally reliant on others for her sense of worth. There is an irony to seeing a mother having a nightmare where she is smothered in her sleep by an unseen assailant; the common notion would be that it’s the matriarch who does the smothering. It’s actually this terrifying dream that causes her to cry out, simultaneously proving her point that she is need of aid (and, of course, that is why she has come to visit) and sparking argument that will dominate the next several hours of their lives. There is very little resolved between the two, except maybe the realization that they just need to stay away from each other. 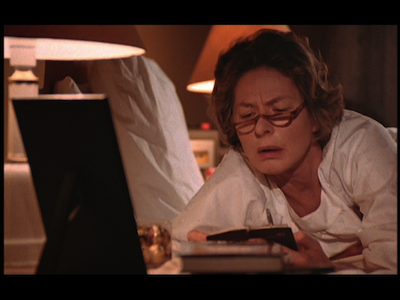 But then, Autumn Sonata isn't about resolutions. There is no right or wrong in Ingmar Bergman's scenario. Rather, it's about the catharsis of the performance. It's like how Charlotte describes the Chopin piece her daughter attempts to play: it's supposed to be challenging and even ugly, the player has to struggle to get through it. The important thing, though, is that she does. The difficulty of the composition still exists, but so does the musician who dared to expose herself to these troubles. 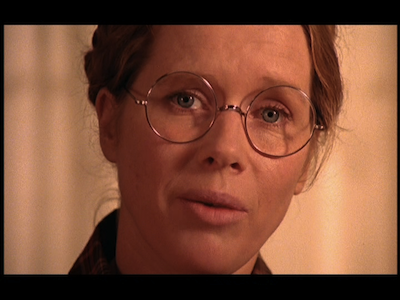 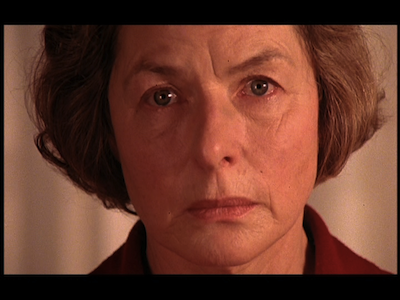 Criterion’s Blu-ray re-release improves exponentially on the picture and sound of its original 1999 DVD (though it should be noted that the pictures used here are from that standard-definition DVD and not from the high-def reissue). Colors are vivid, and detail is exceptional. They have also considerably upped the game in terms of bonus features, with a massive on-set documentary, interviews, and the now-common Ingmar Bergman introduction joining the excellent Peter Cowie commentary from over a decade ago. 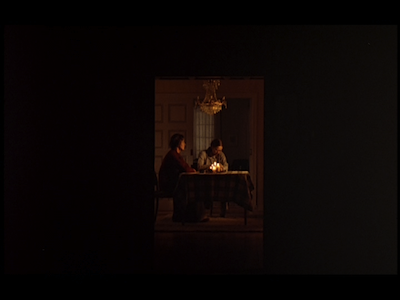